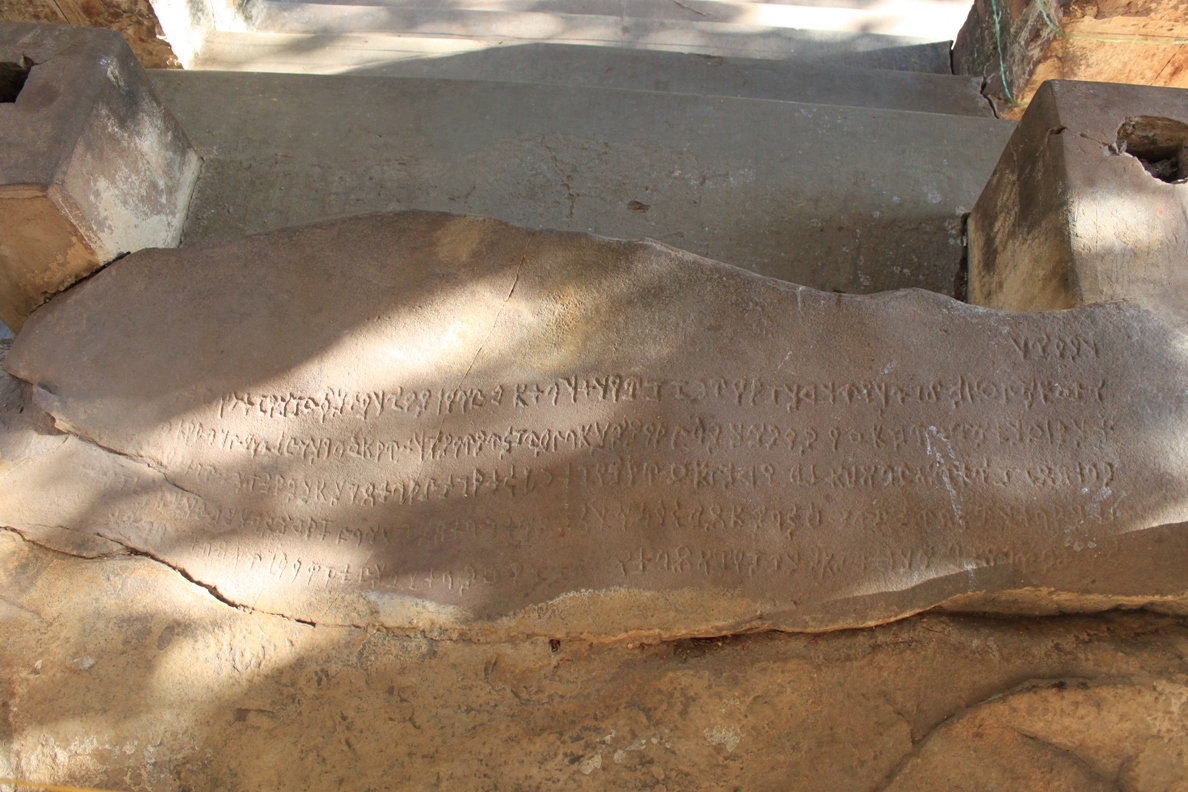 Introduction – Rupnath is a famous pilgrimage spot of Katni district. It is the place of Rupnatheshvar, a name of Shiva given to this pilgrim place. Local traditions connect it with Ramayana specifying that Rama with his brother Lakshmana and wife Sita was staying here during his exile from Ayodhya. Three kunds (tanks) located here are named after these three characters of Ramayana.

General Epigraphs – Rupnath is famous among the scholars for an Ashokan edict as Ashoka held the minds of early scholars of India for a long time.

The meaning of the last statement, about number 256, was not satisfactorily settled among the scholars for a long time. The usual meaning taken is the same which is stated above, however there are certain variations proposed by various scholars. There are many edicts which were engraved while Ashoka was on a tour but nowhere the time is reckoned like this one in the Rupnath edict. Usual mode of reckoning time is in his regnal years.

Some scholars suggest that this 256 refers to some era used by Ashoka and the start of the era may be taken from the nirvana of Buddha. D R Bhandarkar, V A Smith and  Senart suggest that it is the number of the messengers or missioners who were sent by Ashoka with the copy of this Proclamation to be engraved across his kingdom. These scholars interpret the last statement of his edict as, ‘This proclamation is caused to be announced by messengers, (of whom) 256 were sent out’. Some even suggests that 256=16*16=8*8*4, and it could me an equation suggesting that he sent messengers in eight directions. However I think now it is almost settled and we may take the interpretation as stated above in the translation of the inscription.

Monuments – There are few temples, not of antiquarian interest, mostly serving the pilgrimage purpose. There are three tanks located in three different altitudes of Kaimur mountain range. The uppermost is known as Ram Kund, middle one as Lakshmana Kund and below most is Sita Kund. These tanks are constantly full by springs which issue from the hill above. Water goes successively through three tanks and out by a rivulet.

Rupnatheshvar Temple – A rent in the rock near the Sita Kund is the place where Shiva is known to have disappeared. A Shivalingam is installed inside this rent. A modern temple is constructed around this and the lingam inside is known as Rupnatheshvar. There are many small modern temples built around the complex to attract pilgrims. An annual fare is celebrated on shivaratri festival. Cunningham mentioned that this fare was discontinued after the first war of Indian Independence (referred by him as mutiny). However this festival is celebrated with good participation in present times.