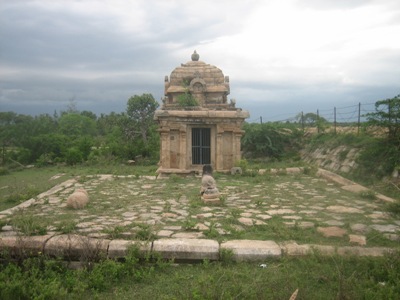 Panangudi is a small village in Pudukkottai district of Tamilnadu. It is located very near to Sittanavasal Jain Caves, on Pudukkottai-Annavasal road. This small and quaint village boasts of two fine temples, a Shiva and a Vishnu temple, both are under the protection of the Archaeological Survey of India.

Agastyesvara Temple – This small temple is considered as a fine example of the early Chola art of 9th century CE, however association of it with the Cholas is not on sound evidences. The temple has survived with its square garbha-grha and an attached ardha-mandapa. The ardha-mandapa was once connected to a mukha-mandapa, the latter has survived with remains of its moulded base. In front of it was once stood a Nandi-mandapa as attested by its remains. The main temple faces east and was probably designed as a parivara-temple surrounded by eight sub-shrines as evident from the traces of one of such sub-shrine. 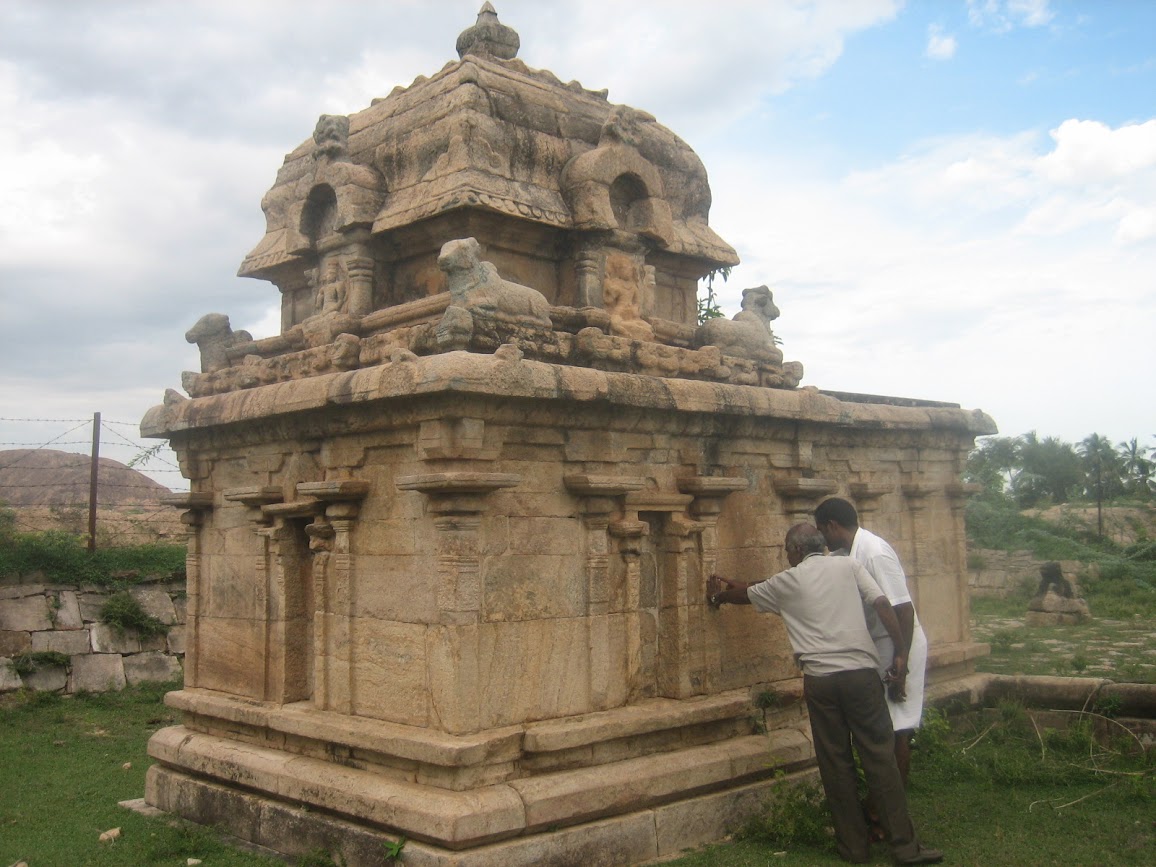 Adhisthana rests above an upana and is of type padhabandha, consisted of five mouldings, starting from bottom are found jagati, tripatta-kumuda, kantha with its top and bottom fillet moulding kampa, pattika and a recessed prati. All these mouldings are plain and devoid of any decoration. The vimana is eka-tala (single storey) and its wall is designed in eka-ratha fashion, having central bhadra niche. Bhadra niche is enclosed within two pilasters, brahma-kantha (tetragonal) form, and crowned with double-arched makara-torana. The niches on all sides are empty at present. 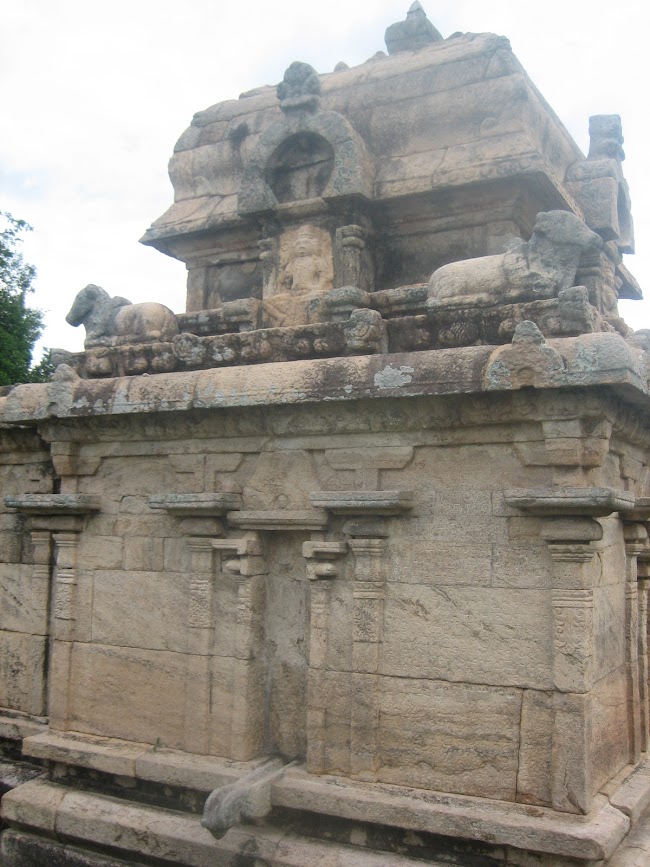 The shikhara (tower) rises above the vimana wall separated from the latter with a prastara (base) moulding formed by a kapota (arched cornice) topped with prati-kantha. Below the kapota runs a bhuta-gana frieze. Over prati-kanta is running a vyala frieze, with makara heads at the corners. Each side of the prastara is decorated with kudu arches, two on each side. The prastara supports a square griva (neck) above. In the middle of the each of the four sides of griva are provided a niche. These niches are crowned with a large kudu (or chaitya) placed over two pilasters. Among the deities, Indra (or Subramanya1) is found in the east, Dakshinamurti in the south, Vishnu in the west and Brahma in the north.

Griva is topped with a square cupola surmounted by a four-sided stupi. The stupi is resting one two stone slabs, known as ratna-pitha and padma–pithas. The lower slab is decorated with lotus petals. S R Balasubrahmanyan2 reports finding of various sculptures from the site including that of four Nandi bulls of griva, an image of Jyestha, Ganesha and a naga. Images of Nandi are now placed at their respective position over the griva, while image of Jyestha and Ganesha are placed inside the temple. Balasubrahmanyan mentions that it is usual for the early Chola temples to have sub-shrine confirming to ashta-parivara devatas, including Surya, Sapta-matrikas, Ganesha, Kartikeya, Jyestha, Chandra, Chandikeshvara and Nandi. Finding of an image of Jyestha suggests that this temple was once adorned with eight sub-shrines. Remains of one such sub-shrine are identified at the site.

In the earliest inscription at the temple, the deity is referred as Panangudi Paramesvaran3. It is not certain when the deity started being referred as Agastyeshvara. S R Balasubrahmanyam assigns this temple to the period of the Chola king Vijayalaya (848-871 CE). Douglas Barrett4 writes, “The very simplicity of design may, of course, be misleading. Moreover, the loss of the main devakoshtha images and the dvarpalas and the little evidence of style to be derived from the four small, abraded images in the griva, make it impossible to insist on too precise a dating.” Barrett assigns the temple to about 875 CE, and he says if one is unwilling to identify Parakesarivarman of the inscription with Vijayalaya (848-871 CE), it may fairly be given to Parantaka I (907-950CE). K V Soundara Rajan5 assigns this inscription to Parantaka I, however he places the temple earlier than Vijayalaya, in the second quarter of the 9th century CE during the reign of the Muttaraiyars of Nemam and Sendalai. He favors that the temple would have been constructed during the Pandya reign prior to the rise of Vijayalaya.