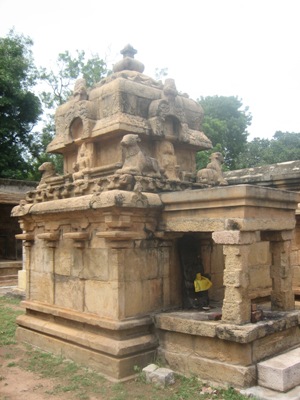 Visalur is a small town in Pudukkottai district. The gazetteer1 mentions that in the past the place had long been famous as the meeting place of the meetings of the Senkilinattu Kallars. Under an old banyan tree, these Kallars had been meeting and planning for their dacoities and depredations from long time. The gazetteer also mentions a tradition that Visalur was originally a Vellala village. When a Kalla of a neighboring village asked for the hand of a Vellala girl, his father kept him away till all the Vellalas migrated to some other place. Only one Vellala remained as he was in love with a local dancer. He was soon discovered and put to death and the girl committed suicide. They both are worshiped in the village as Pattavars. Along with these Pattavars, a Karuppar is also worshiped, the latter was a deity from Malabar who settled here. 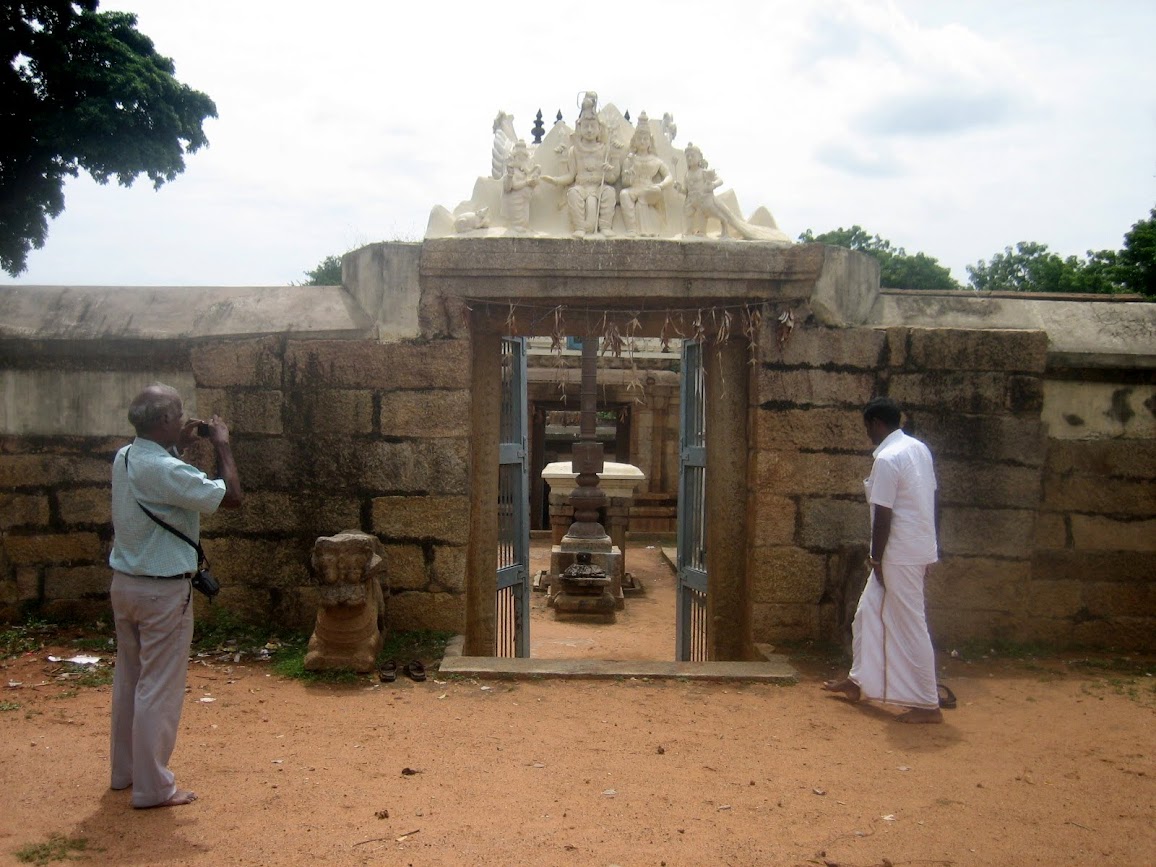 Margasahayeshvara Temple –  The temple is enclosed within a large compound entered through the east. While various additions have been made at different periods, the original temple belongs to the early period of the second half of 9th century CE. The temple was originally built with its garbha-grha attached to an ardha-mandapa. 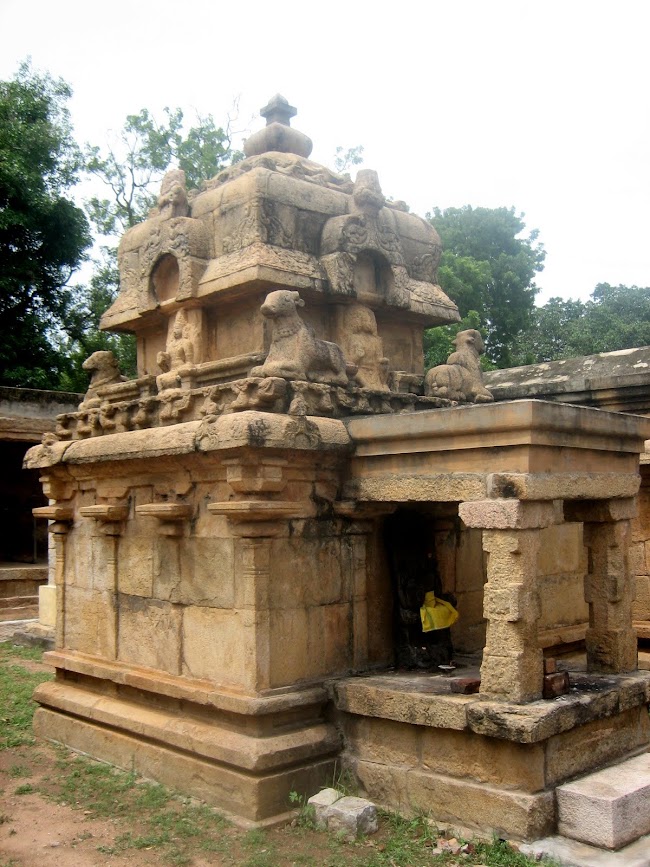 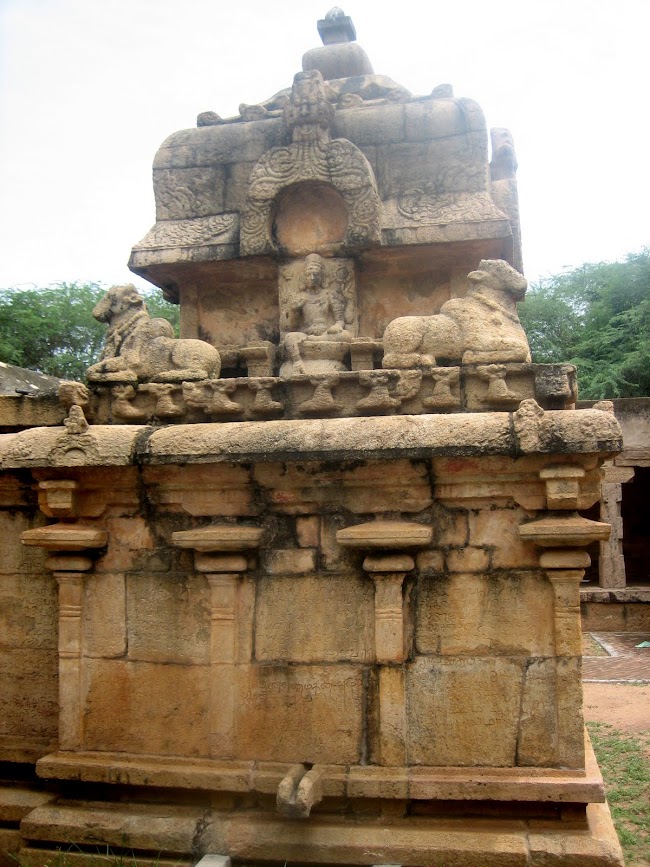 Adhisthana of the vimana rests above an upana and is of type padhabhanda, composed of five mouldings, from bottom, jagati, tripatta-kumuda, kantha with a top and bottom fillet kampa, pattika and a recessed prati. All these mouldings are plain and devoid of any decoration. 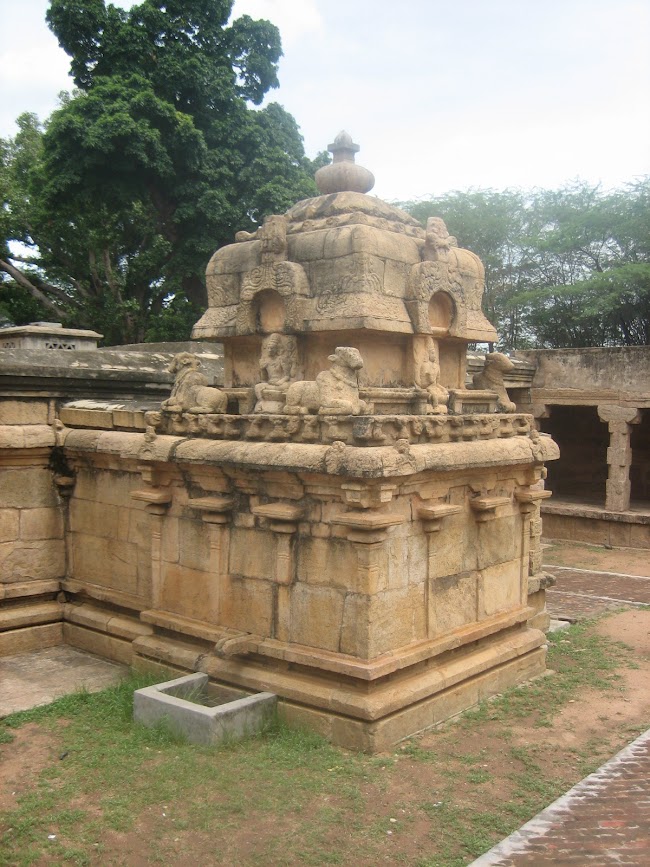 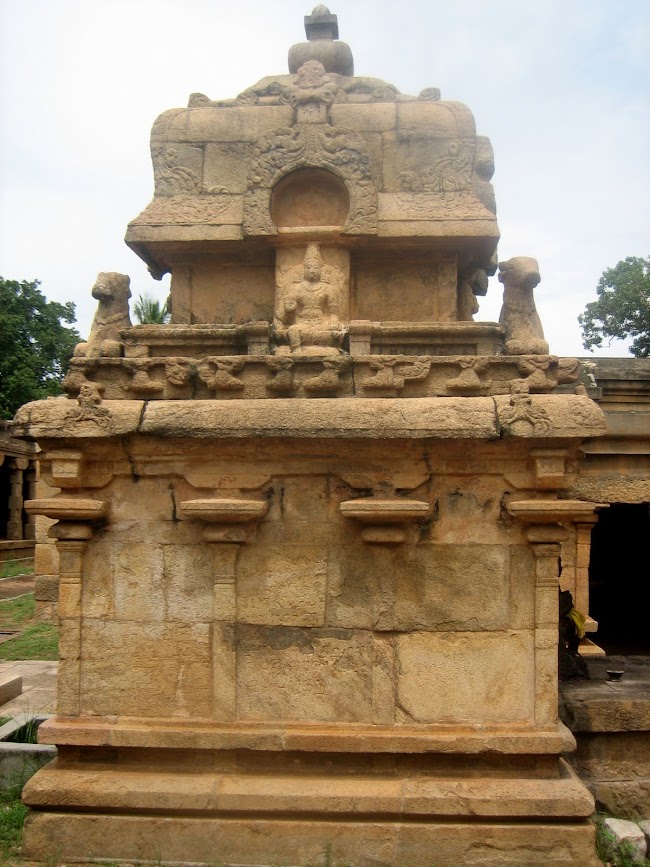 Vimana is built as eka-tala (single storey) model and its Bhitti (wall) is vertically divided into three different sections by four pilasters. At some later point in time, a mandapa is attached to the bhadra division of the southern wall to accommodate a temple for Dakshinamurti. Shikhara (tower) is built directly above the wall, separated from the latter through its prastara (base) formed by a kapota (arched cornice) topped with prati-kantha. Over the prati-kanta runs a vyala (yali) frieze. The regular bhuta-gana frieze below the kapota is missing in this temple. Each side of the prastara is decorated with kudu arches, two on each side. 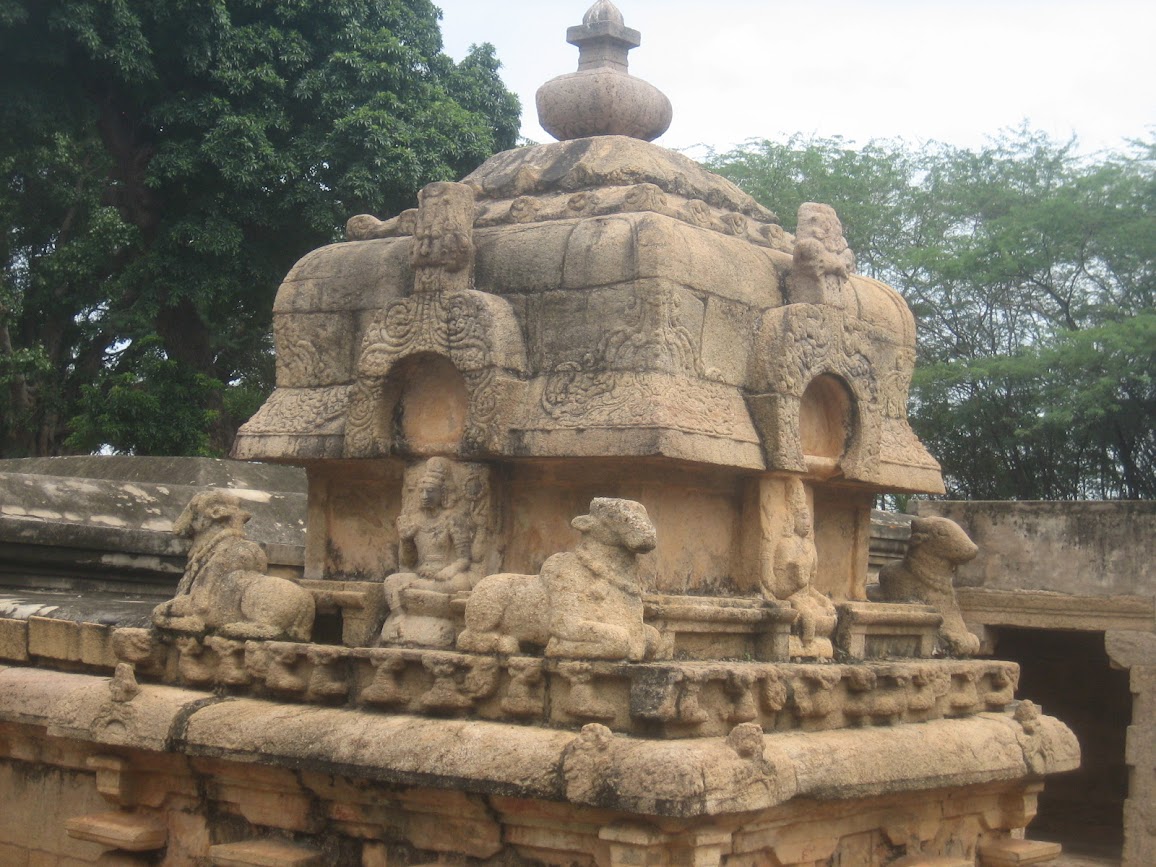 The prastara supports a square griva (neck) above. On the corners are placed Nandis. Unlike to Panangudi, griva here does not have niches enclosed within pilasters. However, a large kudu (mahanasika) decoration over the cupola allows to accommodate a statue beneath it. Among the deities over the griva, Subramanya is found in the east, Dakshinamurti in the south, Vishnu in the west and Brahma in the north. Griva is topped with a square cupola with large kudu (mahanasika) decoration on its four sides. It is surmounted by a four-sided stupi. The stupi is resting on two stone slabs, known as ratna-pitha and padma-pitha.

The temple was built with ashta-parivara sub-shrines to house eight deities belonging to Shiva family. These eight deities are Surya, Ganesha, Kartikeya, Sapta-matrikas, Chandra, Chandikeshvara, Jyeshtha and Nandi or Bhairava. Images of Chandikesvara, Bhairava, Jyeshtha have been found at the site. The Lord of the temple is referred as Vasukisvaramudaiyar-Mahadeva in the Chola inscriptions and Varadukasuramudaiya-Nayanar in the Pandya inscriptions.

K R Srinivasan7 places the temple under the early Pandyas mentioning that it is among the early survivals of the Pandyan tradition which was mostly influenced from the Pallavas with slight admixture of the Chalukyan traits. Douglas Barrett8 assigns the temple to the Muttaraiyars to the period of the second half of the ninth century CE. K V Soundara Rajan9 tells that  though the temple has an inscription assignable to the period of the Chola king Parantaka I however the temple appears to be earlier than his time. He dates this temple in the second quarter of the 9th century CE during the reign of the Muttaraiyars of Nemam and Sendalai. Describing similarities with the Agastyesvara temple at Panangudi, S R Balasubrahmanyam10 places this temple under the early Chola period, to the reign of Vijayalaya (848-871 CE).