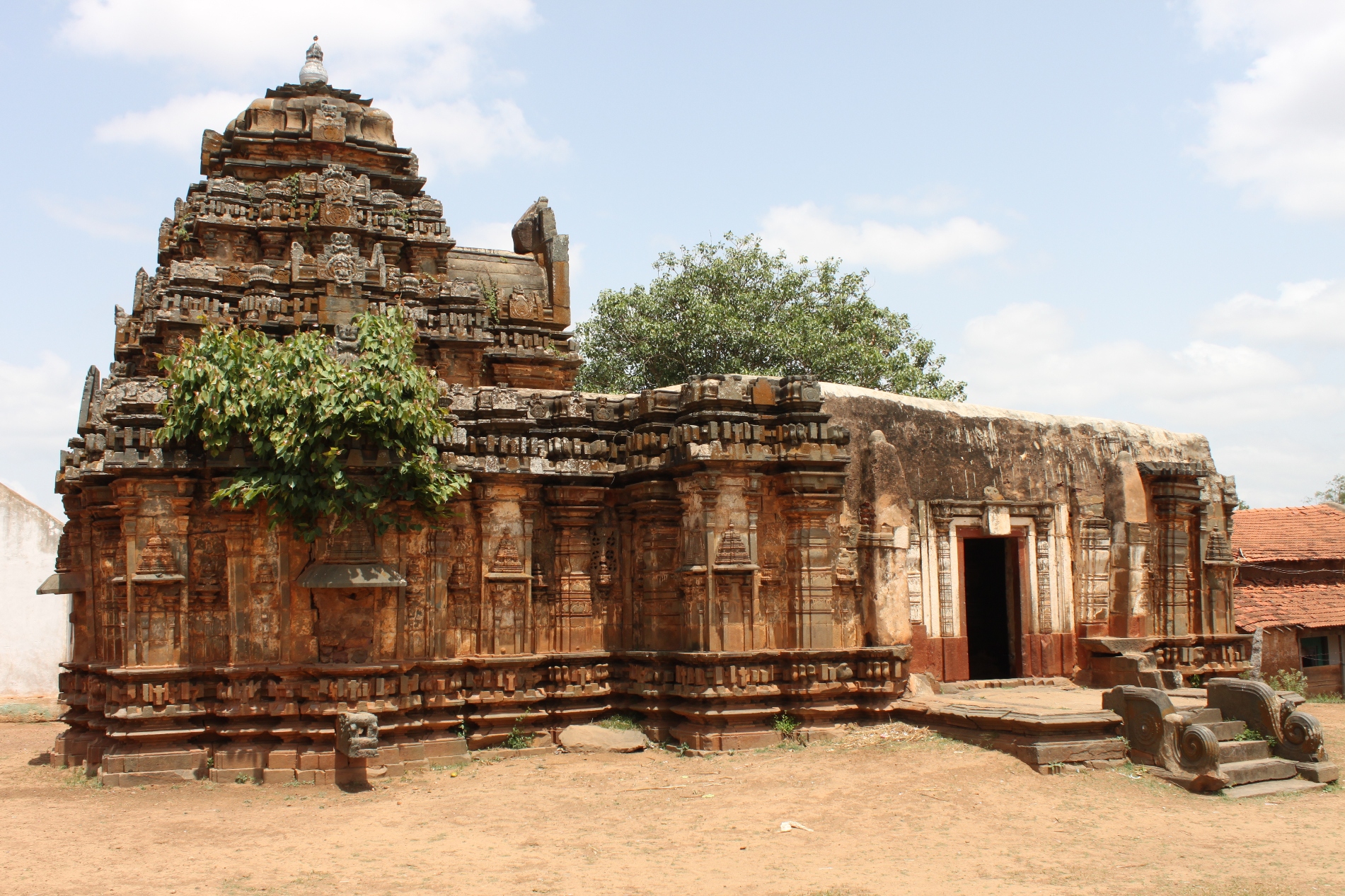 Introduction – Niralgi is a small village in Haveri district of Karnataka. It was known as Nirili during the tenth century CE, and as Nerilage during the twelfth century CE as evident from inscriptions found here. Presence of two Kadamba inscriptions proves the influence of the Kadamba chiefs of Banavasi over this region. The Kadamba chiefs were ruling under the patronage of the Kalyani Chalukyas.

A twelfth century CE inscription mentions about the construction and an endowment towards a Jaina shrine and associated teachers. This puts Niralgi in the league of few places where Jaina religion was still in practice. This event took place during the Kalyani Chalukya king Jagadekamalla II, during whose reign the decline of the Chalukyas started.

Siddharameshvara Temple – The temple faces north and consists of a mandapa, antarala and garbha-griha. There are two entrances into the mandapa, one on east and one on west. Central figure on the lintel of the garbha-griha has an image of Vishnu with Garuda which suggests that it was a Vaishnava shrine as suggested by Henry Cousens. At present there is a Shiva-linga inside the garbha-griha.

This is among very few temples where a detached torana is placed before antarala (vestibule) or garbha-griha (sanctum). In past, this design is seen in Dodda-Basappa temple at Dambal and Mallikarjuna Temple at Kuruvatti. The central figure on this torana is of Nataraja which suggests that the temple was probably dedicated to Shiva, which is in contrast to the statement made by Cousens above.


How to Reach – Niralgi is about 20 km south of Kundgol and 6 km SE of Tadas. It is located on NH4 or Sira Bypass, between Shiggaon and Ramankop. Kundgol is the nearest railway station which is connected with Bangalore, Haveri, Hubli and other major railway heads.