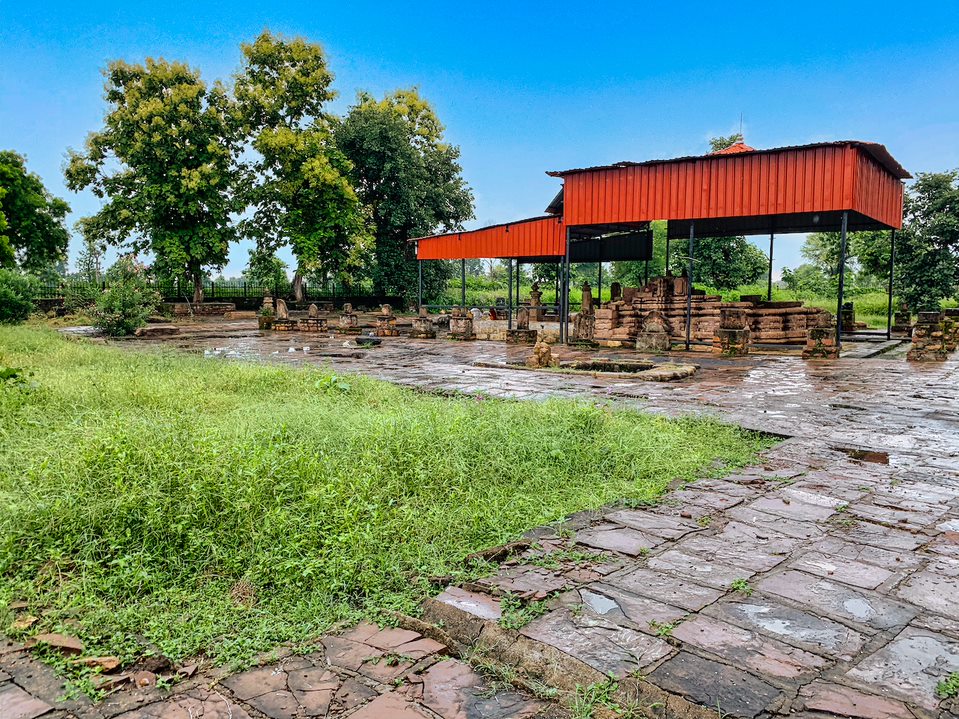 Ghatiyari is a small village in the Rajanandgaon (राजनांदगाँव) district of Chhattisgarh. The village does not boast of rich antiquity and its history, in general, should be equated to that of the Rajanandgaon district and Chhattisgarh. As evident by the surviving temple of the Kalachuri period, the village gained some considerable importance during the Kalachuri period of the 11th-13th century CE and a temple was constructed in the village. The temple mound containing scattered images lay unexcavated for a long period. It was taken up for excavation by the Department of Archaeology & Museums, Government of Madhya Pradesh in 1979. The excavation revealed the lower part of the temple as its upper part had fallen long ack and its remains were scattered all around. The area was taken into the protection by the then Madhya Pradesh State Government and later got transferred to the Government of Chhattisgarh when the latter became a separate independent state. 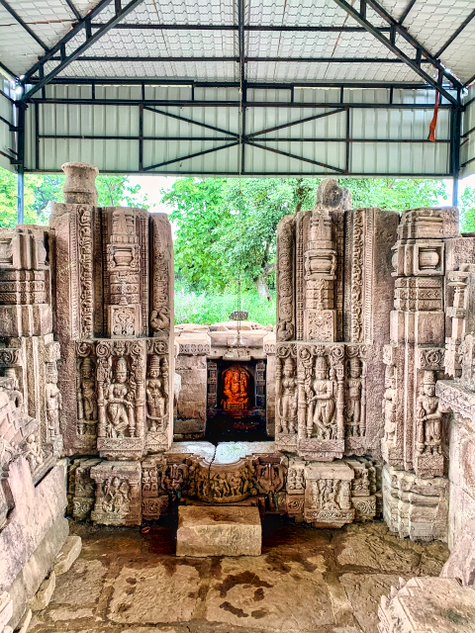 Shiva Temple – Only the lower portion of the temple has survived, the upper portion including the shikhara is all lost. The temple faces east and consists a garbha-grha, antarala and a mandapa. The mandapa is constructed on a 4 feet high plinth of plain stones and a flight of six steps allows a visitor to reach the mandapa. The platform is octagonal steller form. The mandapa was supported on four central pillars. A Nandi is installed in the center of the mandapa. The antarala has niches on its lateral walls, and there were images installed in the same as reported by earlier scholars. In the right niche was an image of Ganesha and in the left niche was a sati-pillar.1 Another account mentions these niches within the mandapa housing Mahishasuramardini and Ganesha statues.2 From the remains of the temple adhisthana, it may be assumed that the temple was constructed in tri-ratha style. Presence of subsidiary shrines in the north and south of the temple, Bajpai3 opines that the temple was designed as a panchayatana (quincunx) complex. Both these subsidiary shrines have lingas inside. 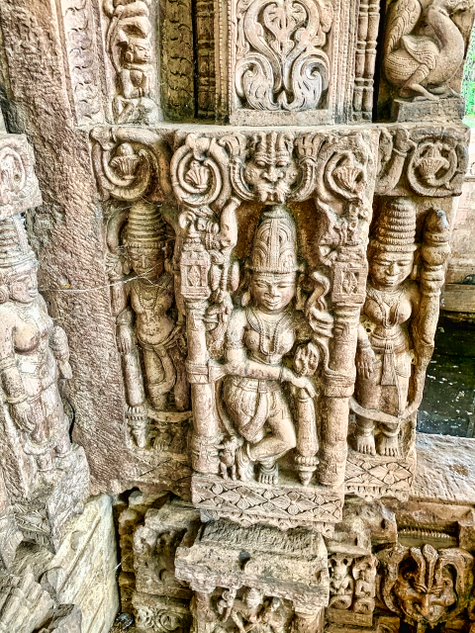 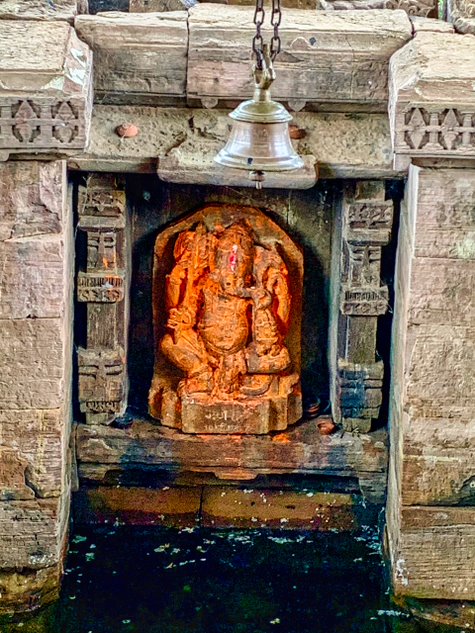 The garbha-grha doorway is composed of three shakhas (bands). The lintel above the jambs is lost. Over the jambs are the river goddesses without their vahana (mounts) accompanied by four-armed Shaiva dvarapalas. The left dvarapala is Nandi, and the right one Mahakala, the latter is identifiable with his protruding fangs and holding a khatvanga. Adjacent to these dvarapalas is shown Kubera with four arms, holding a mongoose-bag in his upper arms. Below the jambs, over the door sill are Saraswati and Ganesha. The garbha-grha floor is lower than that of the antarala and descent of seven steps are provided to go down. A linga is installed in the center, and an image of Ganesha is installed on the back wall. The earlier accounts mention the image of Mahishasuramardini in the back wall niche.4

Many sculptures, mostly broken, found during the excavation are installed in the temple periphery. Among these are a few interesting icons, Vishnu shown standing with his ayudha-purusha (personified weapons) standing near his feet, various images of Ganesha, standing Bhairava, and a Jain Tirthankara with an emblem of a wheel/chakra. Scholars have reported a few other noted sculptures as the one showing Sita in Ashoka-vatika with Hanuman in front, however, this sculpture is not identified among the ones present at the site. Bajpai also reports the fragments of a door lintel that has Shiva in the center accompanied by Nava-grhas on either side with Brahma and Vishnu at the terminals. However, this fragment is not traceable on the site. As the region was ruled by the Phaninagavamshi (फणिनागवंशी)  dynasty that constructed the famous Bhoramdev temple and the temple at Ghatiyari may be placed within the same period. Bajpai assigns the temple to the 11th century CE and it is the general consensus in the scholar community.