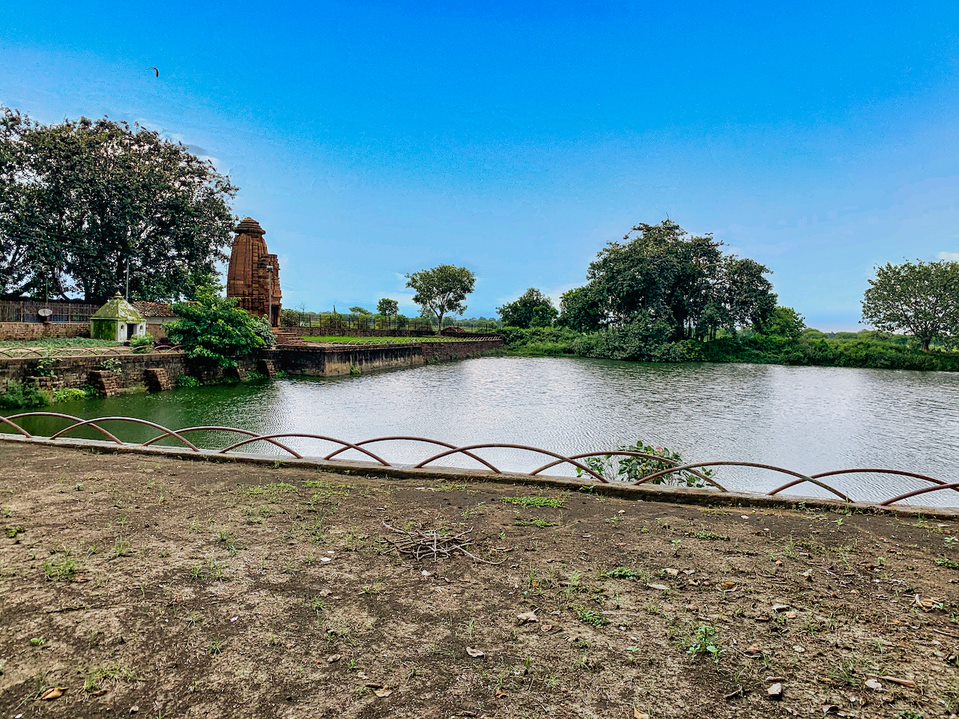 Deorbeeja (देवरबीजा) is a small village in the Durg district of Chhattisgarh. Nothing much is known about the antiquity specifically related to the village as the only evidence of its antiquity is a 12th-13th century CE temple. In absence of any epigraph or coin reported from the village, the history of the village would be best related to the region that it falls into. The Durg district gazetteer says the history of Durg is the history of Raipur, or for the matter that of Chhattisgarh itself.1 While the village would be under the major dynasties that ruled Chhattisgarh during different periods, it appears that there was also a regional dynasty in play sometime during the eighth century CE. The Ragholi plates2 mention king Jayavardhana II, the lord of the whole Vindhya and a devotee of Maheshvara. He belonged to Sailavamsha. The first person in the lineage was Srivardhana I. His son was Prithuvardhana, and he stated to have attacked Gujarat. Then came Sauvardhana, and he had three sons. One son killed the king of Paundra (Bengal and Bihar) and another son conquered the king of Kashi. The latter’s son was Jayavardhana I and he killed the former king of Vindhya and made Vindhya his residence. He was followed by his son, Srivardhana II, referred to as Vindheshvara.  His son, Jayavardhana II, was the donor of this plate. Nothing much is known of this dynasty from elsewhere, and in the paucity of evidence, it appears that their rule was short-lived. However, as there is no mention of any overlord in the grant, it appears that these kings ruled as independent rulers. 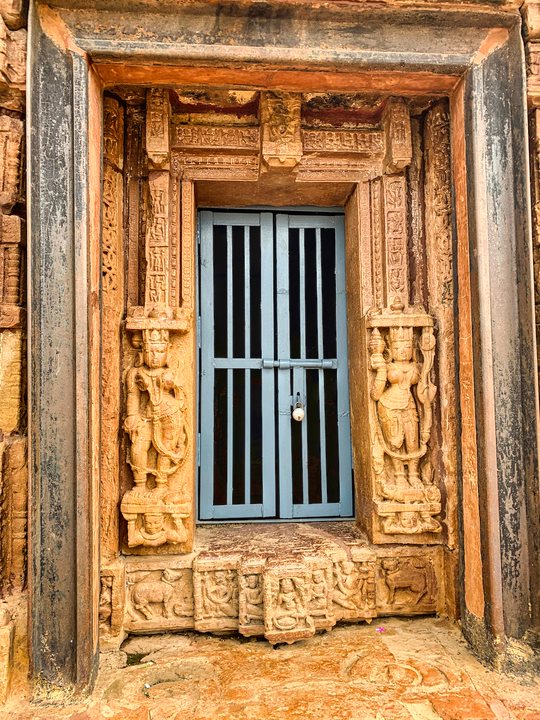 Sita Temple – The temple is situated on the western bank of the Devaraha tank. It faces east and consists of a garbha-grha, antarala. There was once a ardha-mandapa but it had not survived. The temple was dedicated to Shiva however sometime in the past a female deity statue was placed inside the garbha-grha and the temple started being called as Sita Temple. The antarala is approached by a flight of four steps. The garbha-grha doorway has three shakhas (bands). River goddesses, Ganga and Yamuna, are present on the door jambs. The middle shakha has panels with images of Ganesha, Uma-Maheshvara over Nandi, a few mithuna couples. Ganesh is present on the lalata-bimba and he is accompanied by nava-graha (nine planets) distributed on either side. The door-sill has Gaja-Lakshmi in the center. The lintel over the antarala has a fascinating depiction. On the left are the nava-grhas (nine planets) and on the right are seven figures representing Yudhishthira, Arjun, Bhima, Nakul, Sahadev, Kunti, and Draupadi. In the middle is a pedestal with a Nandi on the top. Behind it is a shiva linga. This represents the scene of Shivalinga worship by the Pandavas. Similar depictions are observed at Janjgir, Gandai, and Ratanpur. As Kunti and Draupadi are seen with the Pandava brothers therefore this scene probably happened when the Pandavas escaped and hid in a forest area after the lakshagraha fire episode. This episode could not have happened during their exile or during their journey to the Himalayas as at both the occasions, Kunti and Draupadi were not present together.

The garbha-grha is a square chamber and its roof is supported on four pilasters standing at the four corners. A cell is provided in the west where an image of a king with folded hands is placed. Nagarch4 suggests that he may be identified with the Kalachuri king who build the temple. Inside the garbha-grha are placed an image of Sarasvati and Shiva.5 The shikhara follows the sapta-ratha style and is built in the nagara latina order. There are a total of seven bhumis (stories) marked by bhumi-amalaka at the karna-ratha of the shikhara. Scholars have assigned the temple to the early thirteenth century CE during the rule of the Kalachuris of the Ratanpur branch.6