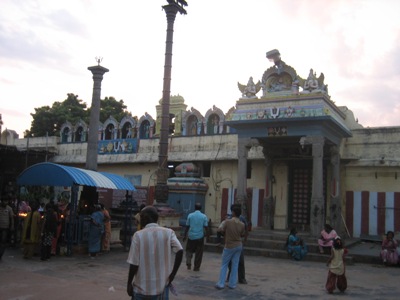 Singaperumal-Koil is a town in Chengalepattu district of Tamilnadu. The town is famous for its Narasimha temple, also referred as Padalathri Temple. First modern brief reference of the temple is found in the antiquarian list prepared for Robert Sewell1 for the madras presidency in 1882. The temple was featured among the Pallava antiquities by Dubreuil2 in 1918. He inspected the temple mentioning that it surely belong to the Pallava period. He, however, was not allowed to do a careful inspection as the priests did not allow him, therefore he was not able to provide architectural details of this monument. First detailed description came from K R Srinivasan3, in his compendium of the Pallava cave temples published in 1964. As per the inscriptions in this temple, the lord is referred as Narasinga-vinnagar-alvar while the town is referred as Sengunram situated in Sengunra-nadu.

Narasimha Temple – This temple is locally known as Padalathri (or Patalatri) Narasimha temple. A legend associates this temple to the Narasimha incarnation of Lord Vishnu. It is believed that after slaying Hiranyakasipu, Narasimha came here to quench his anger by bathing in the temple tank. Because of this this the water of the tank turned red, the reason why the temple is called Patalathri (Patal (पाटल) in Sanskrit means red). Originally this temple was a cave temple which was later extended with mandapas and gopurams, keeping the rock-cut part as it’s garbha-grha (sanctum). The present entrance is from the south.  The rock-cut shrine is excavated on the eastern face of the hill. It is comprised of a mukha-mandapa and a cell in the rear wall. The fron facade is supported on two pillars and two pilasters. The pillars have cubical top and bottom (saduram) with intervening octagonal section (kattu). The pilasters are tetragonal throughout. Over these pillars is supported a corbel designed with angular profile. 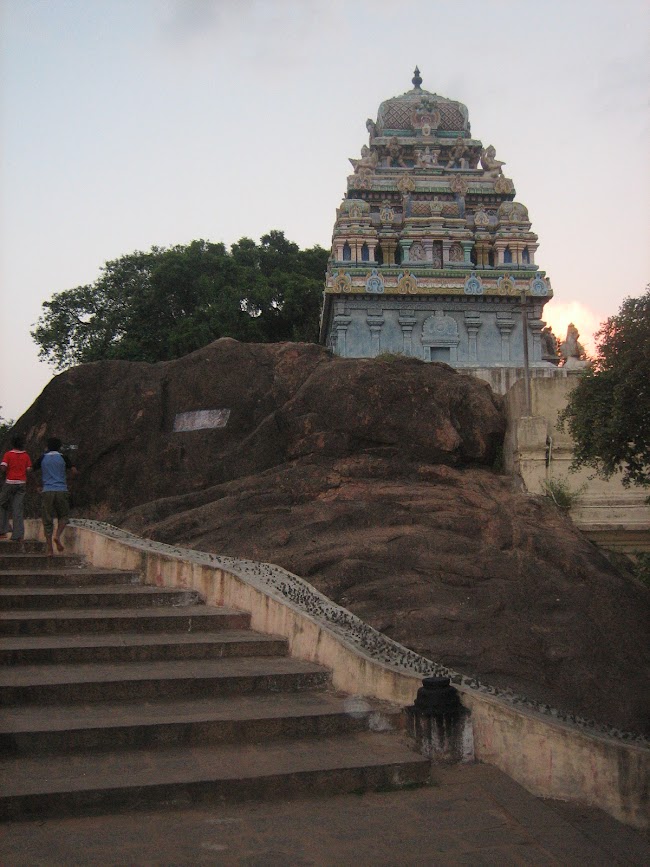 A cell has been scooped out in the center of the back wall. A stucco image of Narasimha, in red color, is executed inside this cell. Various later descriptions of this image mention about its third eye. However, K R Srinivasan’s description of image does not mention the third eye. It appears that either it was missed in his account or it is a later addition. If it is a later addition then the idea behind it might to combine Shiva’s destructive aspect with Narasimha. As Narasimha was created as the destroyer of a demon, thus his third eye represents this destructive aspect similar to the third eye of Shiva.

Inscriptions: There are two inscriptions, details below.