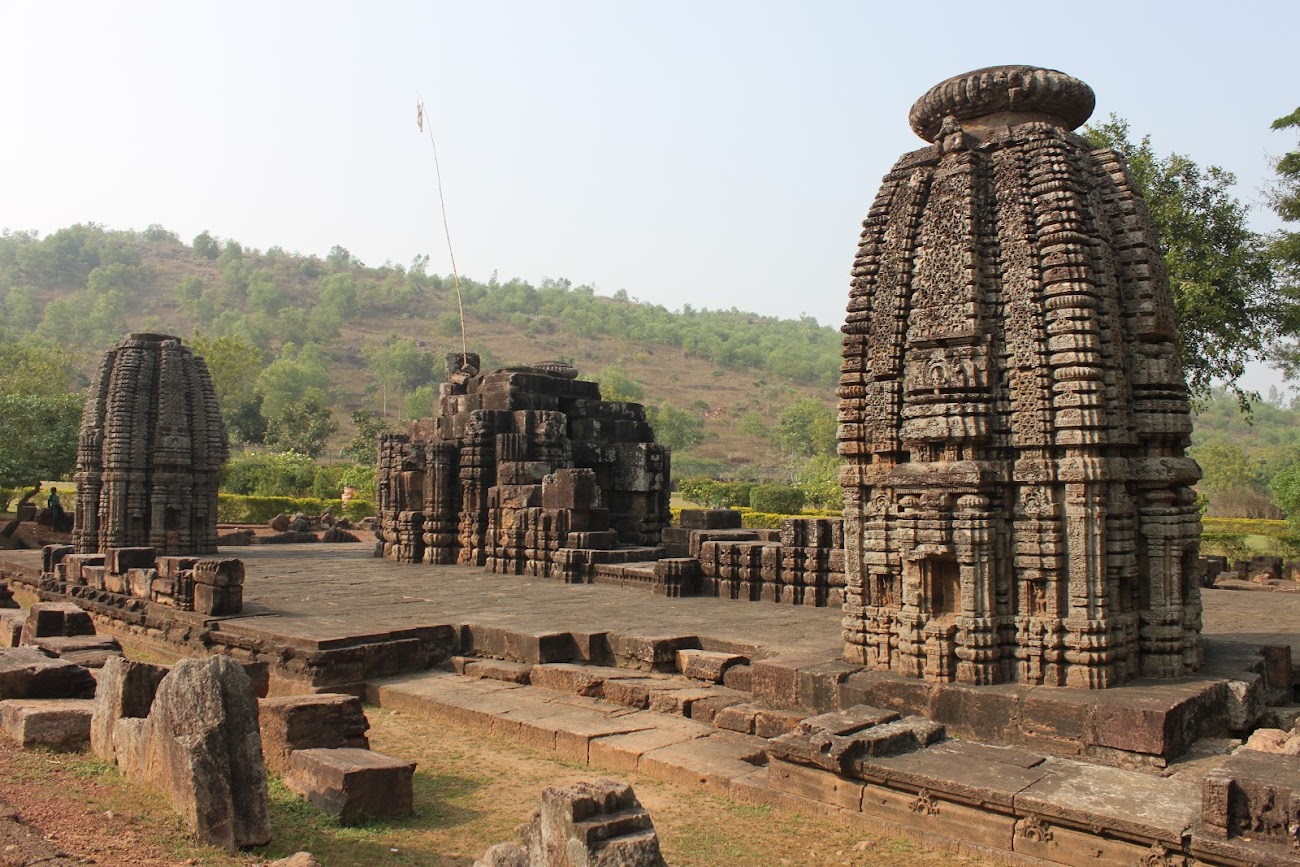 The temple is built in pachayatana (quincunx) style, having one central shrine and four subsidiary corner shrines, over a low rising platform. This might be the reason for the local name of the temple, Pancha-Pandava, referring to five Pandava brothers of Mahabharata. Only three corner shrines have survived, north-east has completely disappeared and south-east is the best preserved. The temple was in tottering conditions when D Mitra visited 1960s. She mentions that during her visits, the villagers frankly admitted that they did not hesitate in removing stones from the temple utilizing the same for their personal use. They also did not object removal of images to museums. 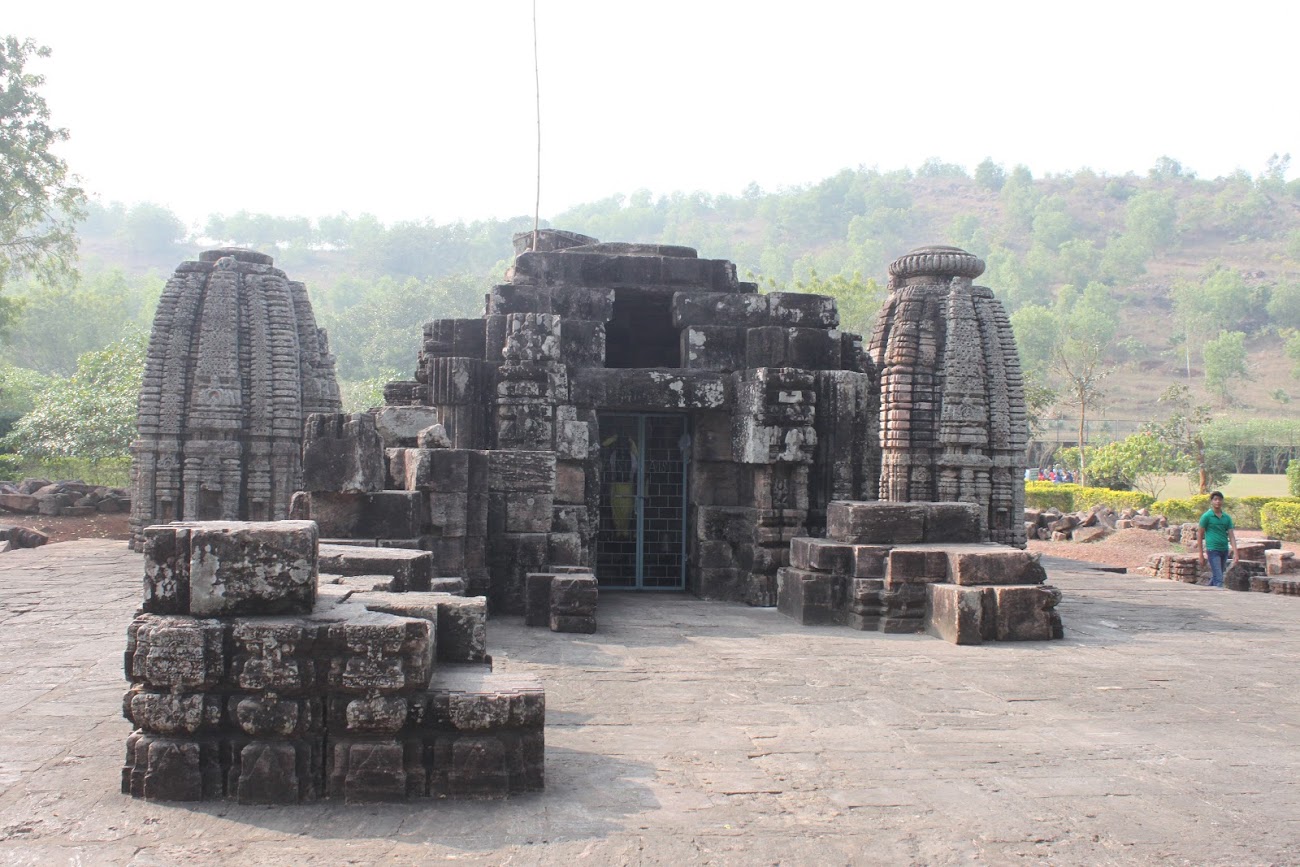 The central shrine faces east and has been reconstructed from its previous ruined state. There was once a jagamohana evident from the preserved portion of its pabhaga. Antarala, joining the deul and jagamohana, is intact. Square plan of jagamohana plinth suggests that it was a pidha-roof structure without any internal pillars. 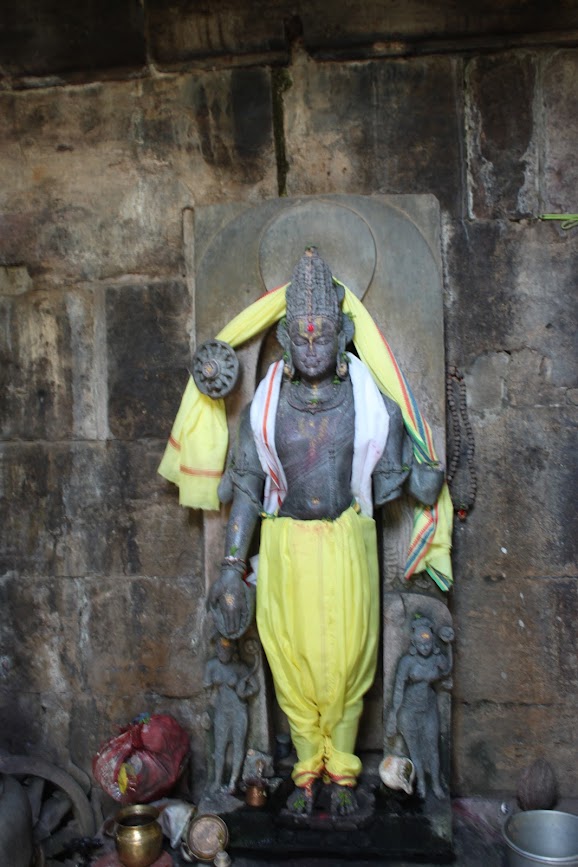 The main deul is pancharatha in plan. Kanika-pagas are in pilaster form decorated with scrolls. Niches are present on anartha and raha pagas. Presence of Pralambasura-vadha on anartha-niche suggests that these niches were adorned with Krishna-lila scenes. Raha-niches are empty at present, however, these would have been adorned with Vishnu-avataras as seen on other Vaishnava temples. An image of Vishnu is placed inside the garbhagrha (sanctum). It is four-armed, right-hands are in better state of preservation while objects held in left-hand are not identifiable. In his upper right hand, Vishnu is holding a chakra and his lower right hand is in varada-mudra. Vishnu is accompanied by his two consorts, Sri and Pushti1, both are holding their one hand in varada-mudra while in other hand they hold a lotus stalk. 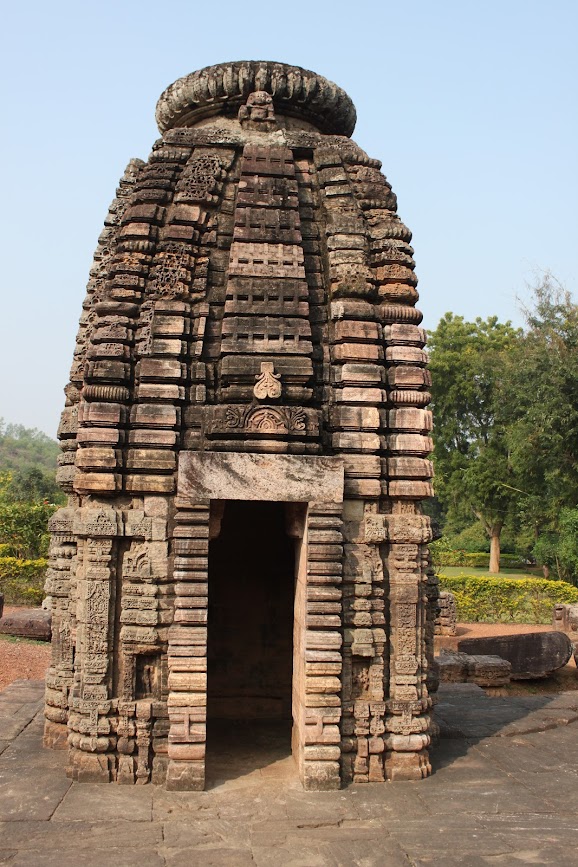 Contrary to other panchayanata temples, where subsidiary shrines are mostly left plain, the corner shrines of this temple are highly ornate. These corner shrines follow the pattern of the main temple. The best preserved south-east subsidiary shrine is constructed in pacha-ratha pattern. Its bada is composed of pabhaga, jangha and baranda. Pabhaga is made of four mouldings. Niche is provided on raha-paga and anartha-paga. Niches on raha-paga are now empty. Niches on anartha-paga of south-east and south-west shrine contains dikpalas. Anartha-niches on north-west shrine has Krishna-lila scene, Pralambha-vadha, Kuvalayapida-vadha, Dhenukasura-vadha, Yamalarjuna, Kesi-vadha, Putana-vadha, Arishtasura-vadha. Baranda is of single moulding. Above baranda is a single large moulding topped with a recessed frieze containing images. It is interesting to see a Buddha image in bhumisparsha-mudra here. This suggests that Buddha was included into the Vaishnava pantheon by the time this temple got constructed. Gandi follows the pancha-ratha patter of bada. Above bisama is placed beki, amla and khapuri. 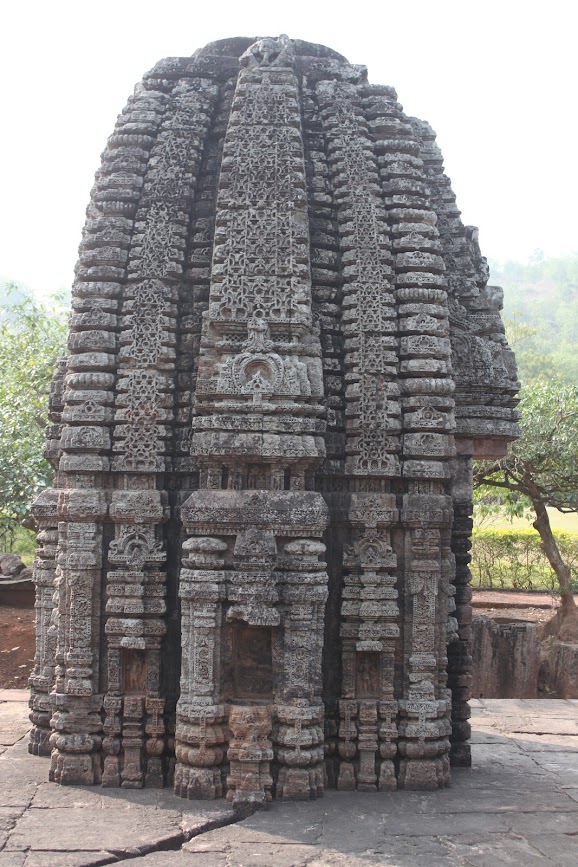 Mitra compares the Pancha-Pandava temple with the Mukteshvara Temple at Bhubaneswar. She draws many similarities between these two temples especially in selection of motifs and the decoration of the exterior walls. Mitra says that the effect is more captivating and sensitive in the Mukteshwara Temple mainly due to the superior skill of the artists and the fine grained quality of the stone used. Donaldson2 is of opinion that in overall design and decoration, Pancha-Pandava temple closely aligned with the twin temples at Gandharadi. He suggests that in absence of naga-nagi pillars on jangha as at Mukteshvara, Pancha-Pandava temple can be dated prior to the former temple, in the second quarter of the 10th century CE.