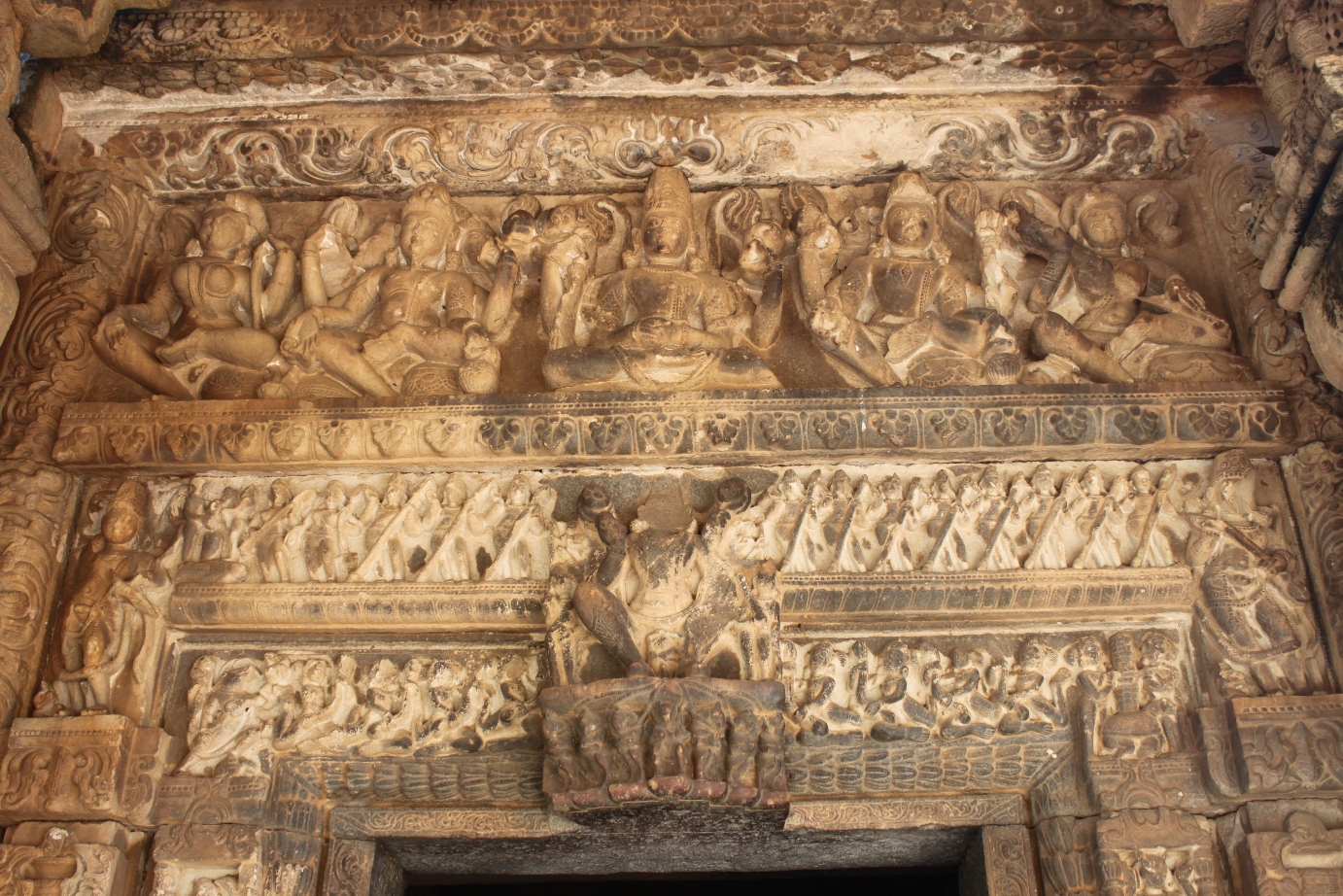 Introduction – Sesai is a small village in Shivpuri district of Madhya Pradesh. It is a famous Jaina pilgrimage site as well. The antiquity of the village does not go much far from the Pratihara period. The location of the village would have provided the impetus for its rise. The Pratiharas built two temples, a Sun temple and a small temple dedicated to Shiva.

Monuments – There are two temples in the village, one Sun Temple and one Shiva temple. There is a Jaina temple complex as well however this is relatively new. There is a museum inside the Jaina complex where excavated Jaina statues are kept.

Sun Temple – This west facing temple is built on a high rising jagati (paltform) and consists of a garbha-griha (sanctum), a small antarala (vestibule) and a mukha-mandapa (portico) supported on two front pillars and two back pilasters. The elevation of the temple is of pancharatha plan. The shikhara has not survived, but from its remains it could be curtained that it was executed in the latina (curvilinear) style of the Nagara architecture.

Sanctum door lintel is elaborately carved with various deities. Ganga and Yamuna are placed over their usual position, at the bottom of the door jambs on either side. The panels on the door jambs display all dashavatars (ten incarnations) of Vishnu including Kalki. Surya adorns the lalata-bimba. Eleven Adityas, three on its right and eight on its left, are standing on either side of Surya. The twelfth Aditya is not depicted as Surya on lalata-bimba is counted among them. On the upper panel of the lintel are shown Lakshmi, Brahma, Vishnu, Shiva and Sarasvati from left to right.

Ashta-dikpalas (eight directional guardians) are placed at their usual position over the karna niches. Bhadra niche on north has a mutilated image of Uma-Maheshvar, niche on the east has an image of Surya while the niche on the south is empty. Niches on kapali position has Brahma and Kartikeya. R D Trivedi dates this temple to the first quarter of the tenth century CE.

Shiva Temple – This small temple has lost many of its features including its shikhara and mukha-mandapa. The temple is built on a low rising broad platform and faces west. The sanctum doorway has river goddesses at the base. There is a Shivalinga placed inside the sanctum. Parvati in panchagnitapa is in northern bhadra niche while Surya is in eastern niche. The southern bhadra niche is empty at present.


How to Reach – Sesai is situated in Tikamgarh district of Madhya Pradesh. It is on Agra-Mumbai highway, about 1 km from the main road. Shivpuri is the nearest railway-heads and Gwalior is the nearest airport. Shivpuri is well connected to Jhansi, Agra, Gwalior, Bhopal via bus services.