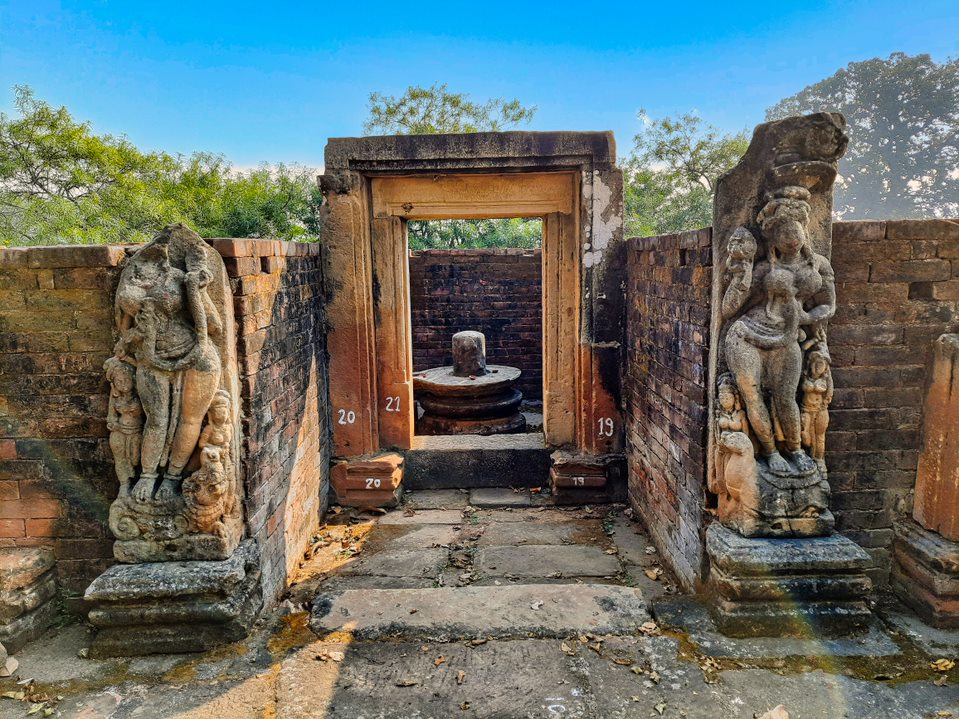 Bhadwahi (भदवाही) is a small village in the Surguja district of Chhattisgarh. It comes under the gram panchayat of Kalcha (कलचा). The village is situated on the road going from Udaipur to Surajpur, about 18 km from the former and 40 km from Ambikapur, Surguja district headquarter. The village is famous for the remains of several brick temples. As the village contains a considerable number of antiquarian remains, it suggests that it once commanded considerable importance.

Satmahala Temple Complex – The name Satmahala, which means “seven palaces”, was after the remains of the seven temples found at the site. Many of these temples are built in brick and a few in stone. With further clearance and conservation expeditions, remains of more temples and other buildings were unearthed and now the complex has more than seven temples. The temples are of a variety of plans, a few consist only of garbha-grha, a few have a garbha-grha preceded by a mandapa, and some have a garbha-grha, antarala, and a pillared mandapa. Most of these temples have square garbha-grha except a few with stellar plans. The majority of these temples showcase tri-ratha plan and a few have plain simple vimana with no projections.  This variety and diversity in the plans and composition suggest that the temple construction at the site did not happen as a single-time activity but was done over a course of time, and as result, we see an amalgamation of different styles. Most of these temples are datable to the Somavamshi period of 8th-9th century CE and the rest to the Kalachuri period of 10th-11th century CE.1

Panchayatana Shiva Temple Complex (Temple No 1) – This is one of the grandest and largest temples at the site. The temple faces west and is built in panchayatana (quincunx) style. It is constructed over a large platform of 3 feet high. The complex consists of a central temple composed of a grabha-grha, antarala fronted by a pillared mandapa, and four shrines at the corners. The garbha-grha is a square chamber with a Shivalinga inside. Externally it has tri-ratha projections. Antarala doorway has life-size panels of the river goddesses, Ganga and Yamuna, at the entrance. The oblong mandapa has eight pillars, four central and two each at the east and the west ends.

Shiva Temple (Temple No 2) – This temple is situated north of the above temple and faces west. The temple consists of a garbha-grha and a pillared mandapa. It is tri-ratha in style and has a Shivalinga inside its garbha-grha. The bottom stepstone to reach mandapa is carved in a geometric pattern.

Shiva Temple (Temple No 3) – This small temple is composed of a garbha-grha and a mandapa constructed over an ashlar platform. Inside the garbha-grha is a shiva linga in a damaged state. It faces east.

Temple No 4 – This probably is the smallest temple at the site and has only a garbha-grha with a shiva linga shaft installed in its center. It faces west.

Temple No 5 – This temple faces south and is constructed over a platform. It is situated northwest of the large Panchayatana temple. The temple contains a garbha-grha and a mandapa. A shiva linga is installed in the center of the garbha-grha.

Temple No 6 – This Shiva temple only has a garbha-grha with remains of a shiva linga in its center.

Temple No 7 – The temple consists of a garbha-grha and a mandapa. Inside the garbha-grha is placed a shiva linga shaft. Temple No 8 – The temple consists of a garbha-grha and a mandapa. Inside the garbha-grha is placed a shiva linga shaft. 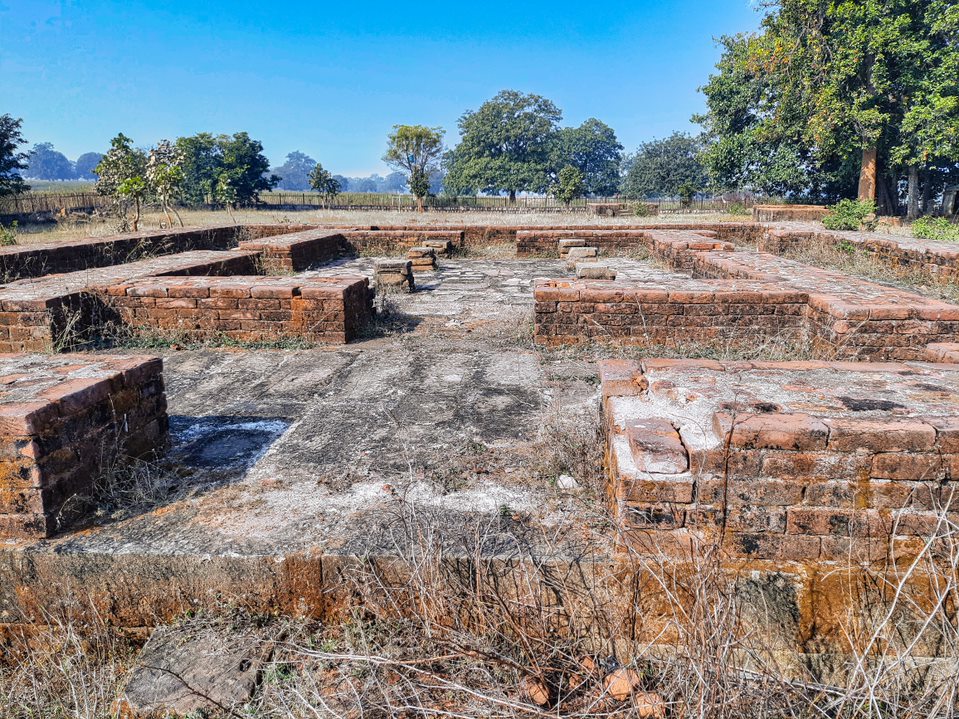 Temple No 10 – This is the largest temple at the site. It has a pillared mandapa open from all sides, with two garbha-grhas in the center.

Stellate Temples – Minj mentions two stellate temples found in the mound located about 250 meters southwest of the Satmahala complex. One temple is composed of a garbha-grha, antarala, and a 16-pillared mandapa, all built over a 5 feet high platform. The temple faces east. The stellate plan is only reflected in the bhadra, the karnas are parallel to the main axis. The other temple is smaller in size however it follows the style as that of the former temple.