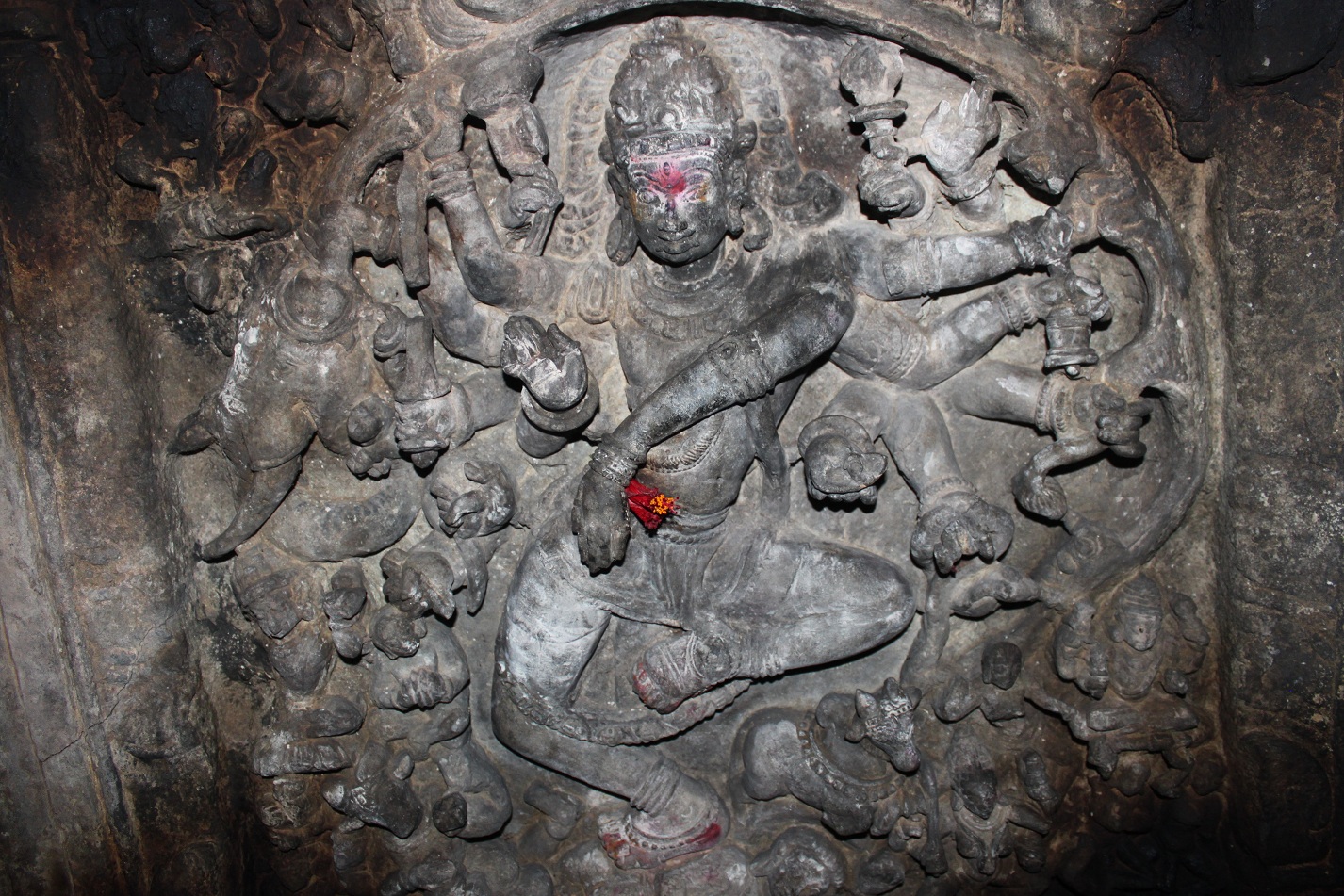 Introduction – A sleeping village, located about 6 km from Davanagere town, which should be famous for its Chola temple but in reality very few know about its existence.

Kalleshwara Temple – It is very surprising to find such a temple in a territory which is abundant with Western Chalukya and Hoysala temples. A cursory look on the temple vimana force us to compare its counterparts in Tamilnadu like Panangudi and Kaliyapatti or early temples of Pattadakal in Karnataka. The shikhara is constructed in stepped manner which is characteristic of Kadamba style. It is not constructed in stories (tala-s) like that of Panangudi and Kaliyapatti where both are ektala (one story).

The top over the stepped shikhara is square which puts it under the Nagara style of architecture according to someagama-texts. This top has one kudu-window on each side and in this it is comparable to Panangudi and Kaliyapatti. Above this is spherical stupi or kalasha with a pointed top.

The temple would have been extended with a mandapa at a later time. During this extension, a marvelous ashta-dikpala panel was inserted in the middle of the mandapa ceiling. Shiva as Gaja-samhara-murti is in center and he is accompanied with eight directional guardians. All the guardians are riding over their mounts and accompanied with their consorts, except Nrrtti who is shown alone.

There is no antarala (vestibule) in the temple, the garbhagrha (sanctum) is directly connected to the mandapa. The garbhagrha door has dvarpalas at bottom accompanied with three female attendants and one male attendant. In the mandapa are placed Saraswati and Sapta-matrika sculptures.

There are few viragals (hero-stones) in the temple compound and few carry inscriptions. However I do not have any record of those inscriptions in my reference books, as soon as I get that, I will update this article.

How to reach – Betur is located at a distance of around 6 km from Davanagere town on Davanagere-Jaglur Road.