This interesting temple is situated on the top of the same hill at the base of which is hewed off the Mahishasuramardini cave-temple. Once adorned with a shikhara (tower), the temple is only left with its base and walls at the present. It is generally believed that the temple suffered much damage when it was converted or refitted into a lighthouse by the British during the 19th century CE.1 Once the British took a decision to install a lighthouse at Mamallapuram, the PWD was given the execution. As the temple did not have any roof, the PWD constructed a flat roof with granite slabs. The report from the PWD Superintending Engineer reads, “…. the light is placed on the top of a small ruined temple on the highest point of the rocky hill on which are the celebrated carvings. The temple was roofless; cross walls were constructed inside the temple from the middle of each side, and on this was built a platform on stone slabs 8 or 9 inches thick. On this the lantern has been placed and is firmly attached to it. This platform is 119 feet above mean sea level, and the light is some four feet higher. The light is a red one, and is visible ten miles out of the sea. Access to the rock is obtained by first a steep pathway with stone steps in interval, then turning to left by stone steps built in a passage which has been blasted up the face of the rock. On arriving nearly at the top a turn is made to the right, and the temple door is reached by some more steps. From the temple floor you can access to the lantern by a ladder. One of the partitions into which the temple is divided by the cross wall is used as a store room (sic).”2 This lighthouse was in use from 1887 to 1900, till a new lighthouse got constructed at another site where it stands even today though non-functional. The reason for this new lighthouse was mainly due to the lower visibility of the red light of the old lighthouse during bad weather.

Kavali3 mentions that during the heydays of the city, a small fanam (coin) used to be collected from each shop to make for a quarter (kalupadi) for the god of the temple. In Tamil, a quarter measure is called Olakku therefore the god was named so. The temple consists of an upa-pitha (platform) with the top kapota moulding over which are carved kudu-arches. Above this upa-pitha is the temple vimana starting with its adhisthana (platform). The adhisthana is built little recessed from the upa-pitha leaving space for a circumambulatory path around the temple vimana. Adhisthana is of type padabandha composed of upana, jagati, tripatta-kumuda, kantha and pattika. The temple has a tri-ratha style with three niches on each side. The central bhadra-niche is adorned with images of deities and the corner karna-niches have images of dvarapalas. In the bhadra-niches are found Shiva as Dakshinamurti in the south, Shiva as Natesha in the east and Ravana lifting Kailasa in the north. Bhadra-niche pilasters are supported over elephants while karna-niche pilasters are supported over ganas blowing shankhas (conches). The corner pilasters have rearing-vyala, suggestive of the Rajasimha period style. The garbha-grha is empty, Kavali mentions that the local told that the Shivalinga was rolled away and might be found in the nearby jungles. 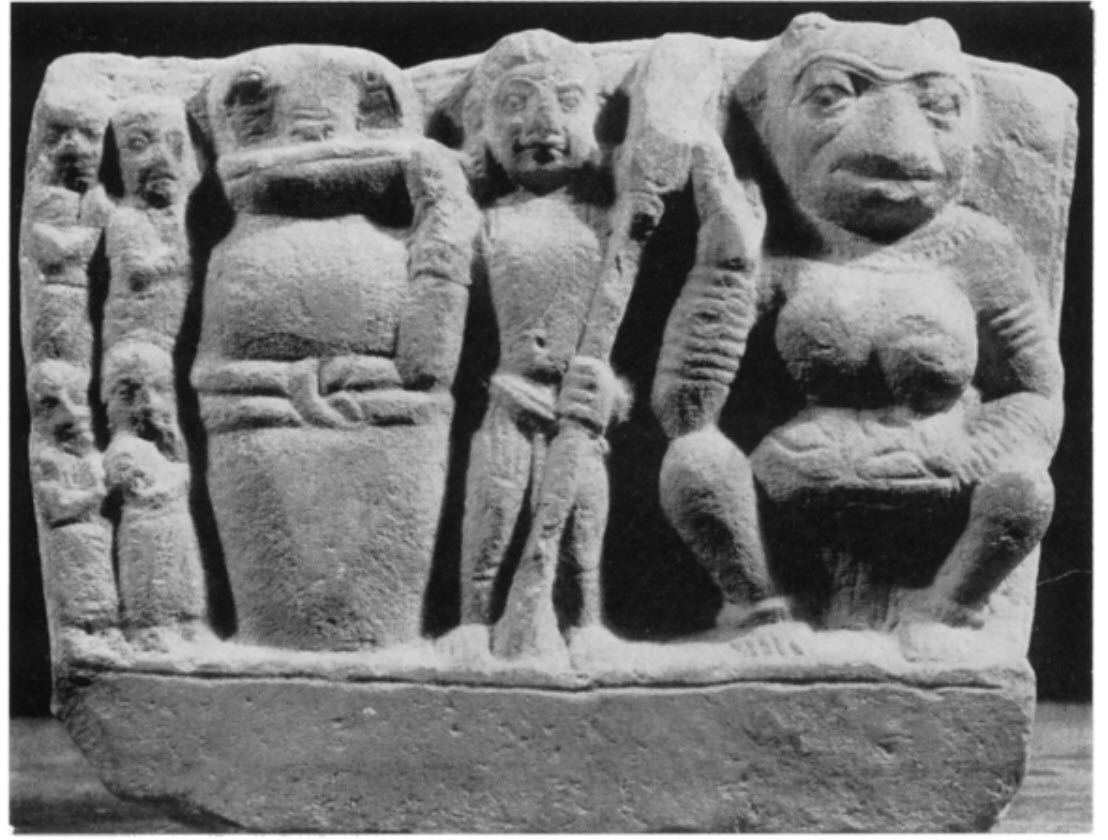 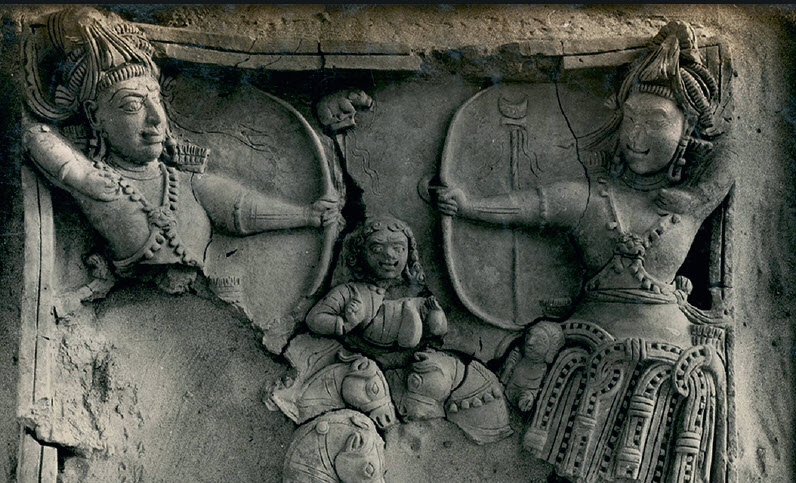 A Unique Terracotta Plaque from Ahichchhatra