The grandeur of the Odishan architecture reached its zenith with the Meghesvara Temple which is one among the first nava-ratha plan temples in Odisha. As the architects were experimenting to move from sapta-ratha plan to nava-ratha, therefore this did not result in a perfect model rather a contracted one. In this contracted model, the pagas are of varying width resulting in a non-symmetrical appearance. Pabhaga continues to have five moulding pattern, carved with different designs. Jangha is divided into two equal storeys separated by a madhya-bandhana consisted of three mouldings. All the pagas follow the two-storey pattern except the raha-paga which is built in a single storey. Lower storey is decorated with vajra-mundis while upper storey has pidha-mundis. In its pristine time, the temple would have boasted of its many exquisite images, only few now remains in situ in different conditions of preservation. 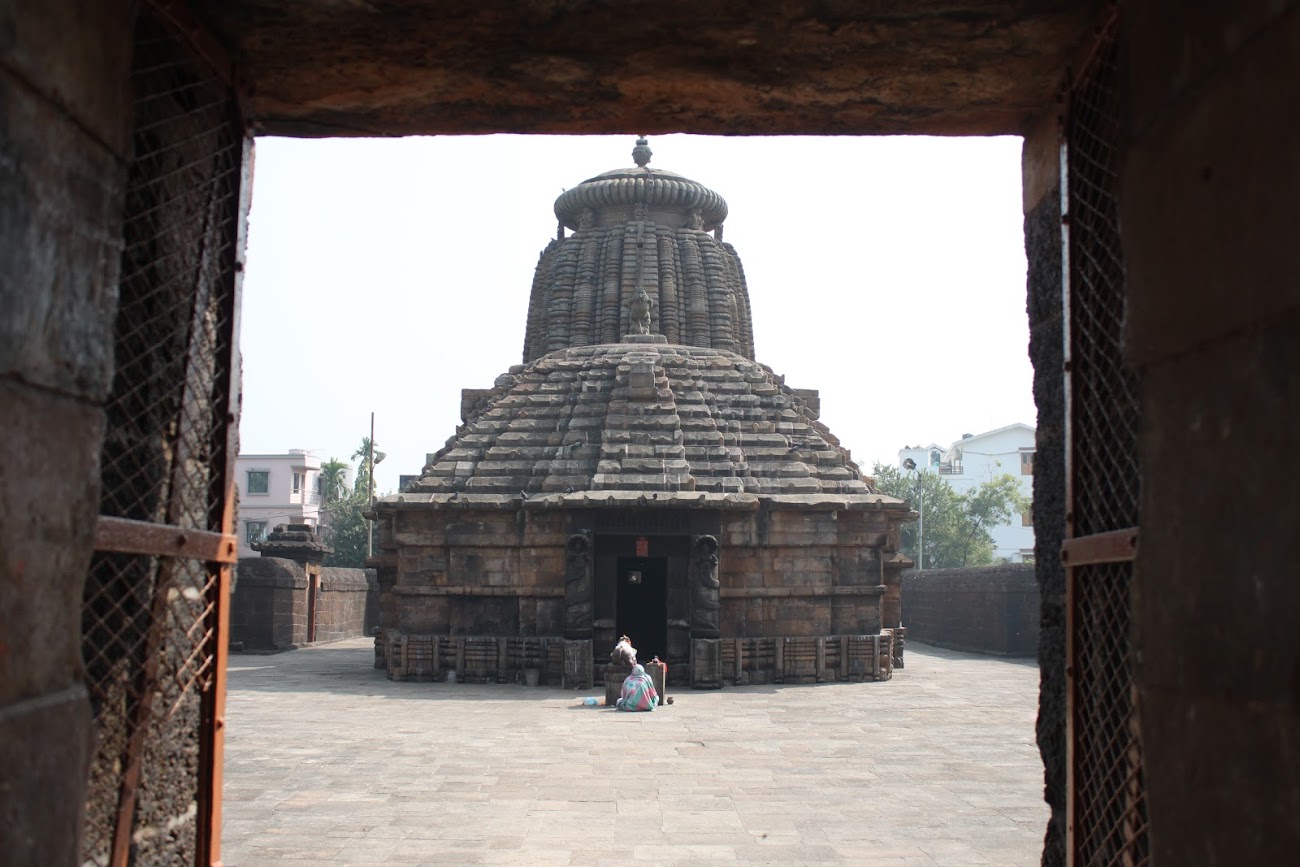 Above the jangha is baranda which is made up of seven mouldings. Gandi rises above baranda and follows the nava-ratha plan of the bada. Gandi consists total of nine bhumis, visible at kanika-paga. Udyata lions are placed on the gandi over raha-paga. On the front side is placed a single large vajra-mastaka occupying two bhumis. Above is placed a gaja-kranta motif, at the level of fifth bhumi. On the beki, above raha, are placed various aspects of Shiva. 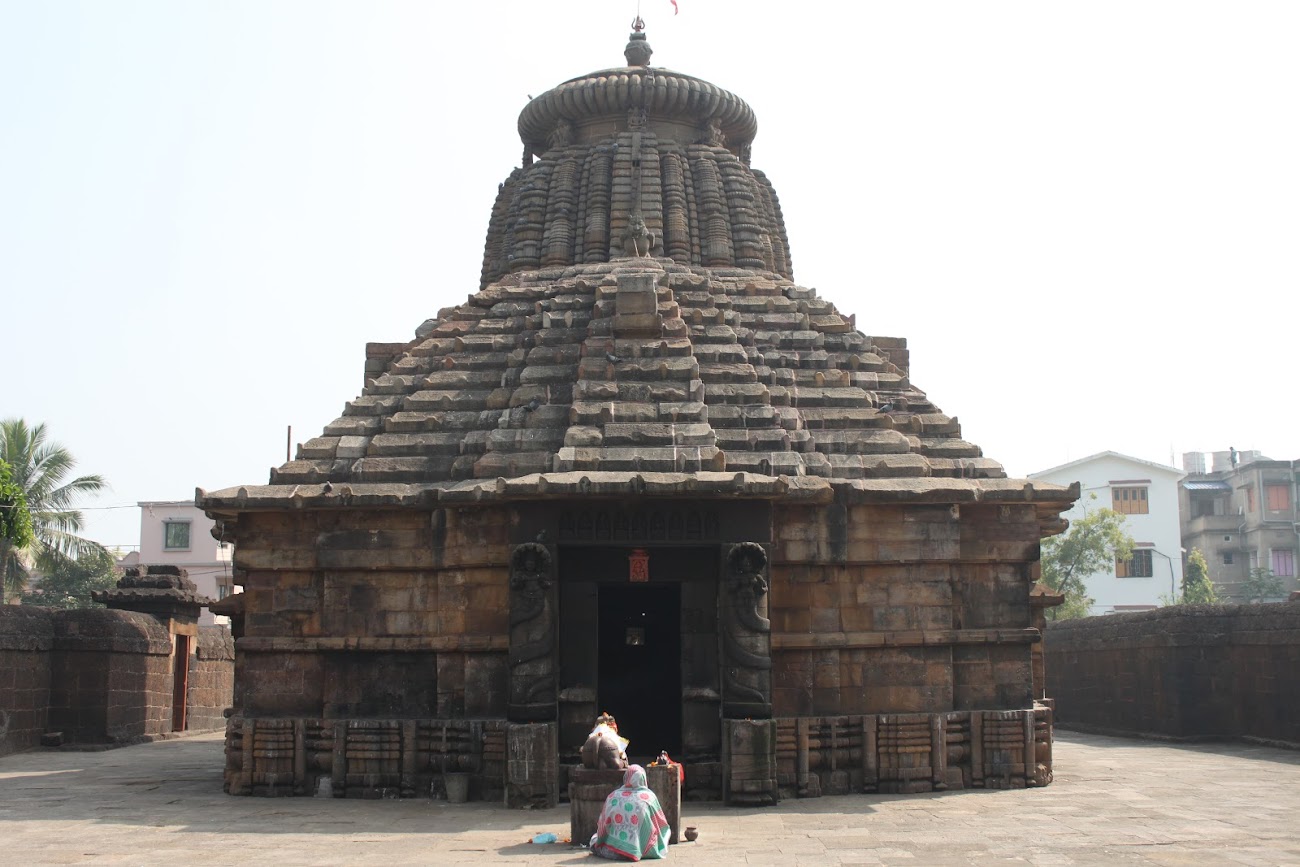 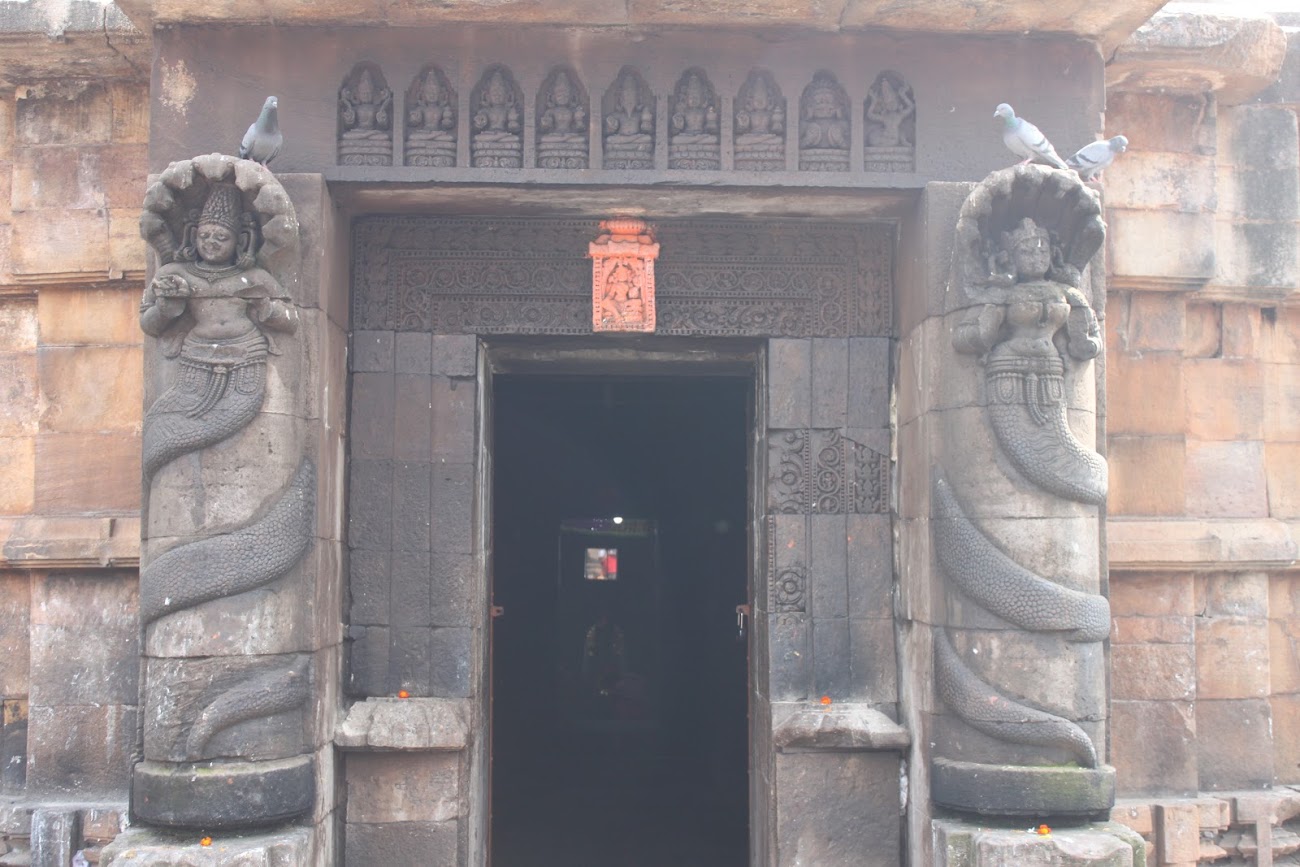 Among the images in raha-niche, only Kartikeya is in situ. He stands in tribhanga-mudra leaning over his peacock mount and holding a rooster. His consort, Devasena, stands near him, also portrayed in tribhanga-mudra. Lower storey of the kanika-pagas have dikpalas, only five are in situ but in badly damaged condition. These are Yama and Agni on south, Vayu on east, Kubera on north. Lower storey of anartha-paga has Ganesha and Lakulisa on south, shikshadana on north. Lowqer storey of pratiratha-paga has Aja-Ekapada and Shiva on south. 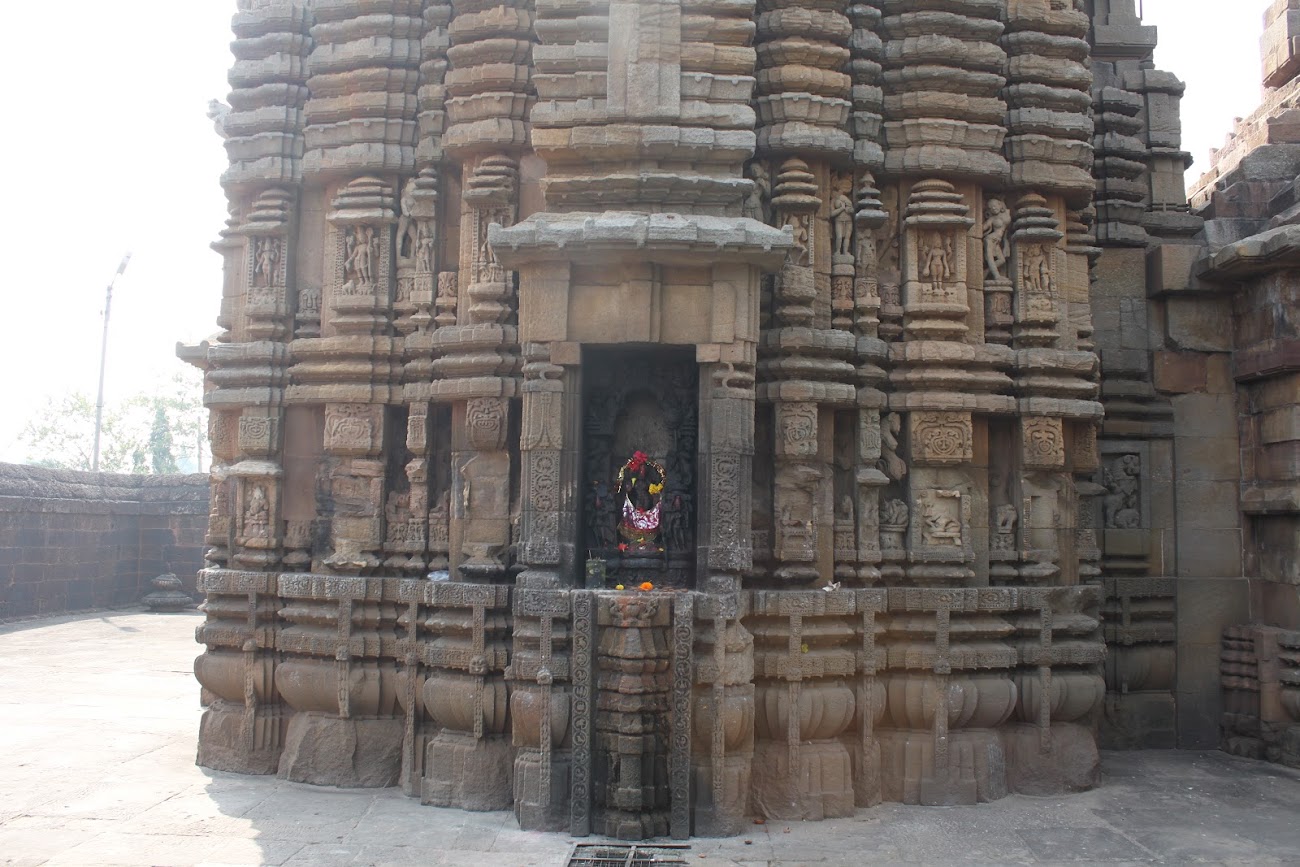 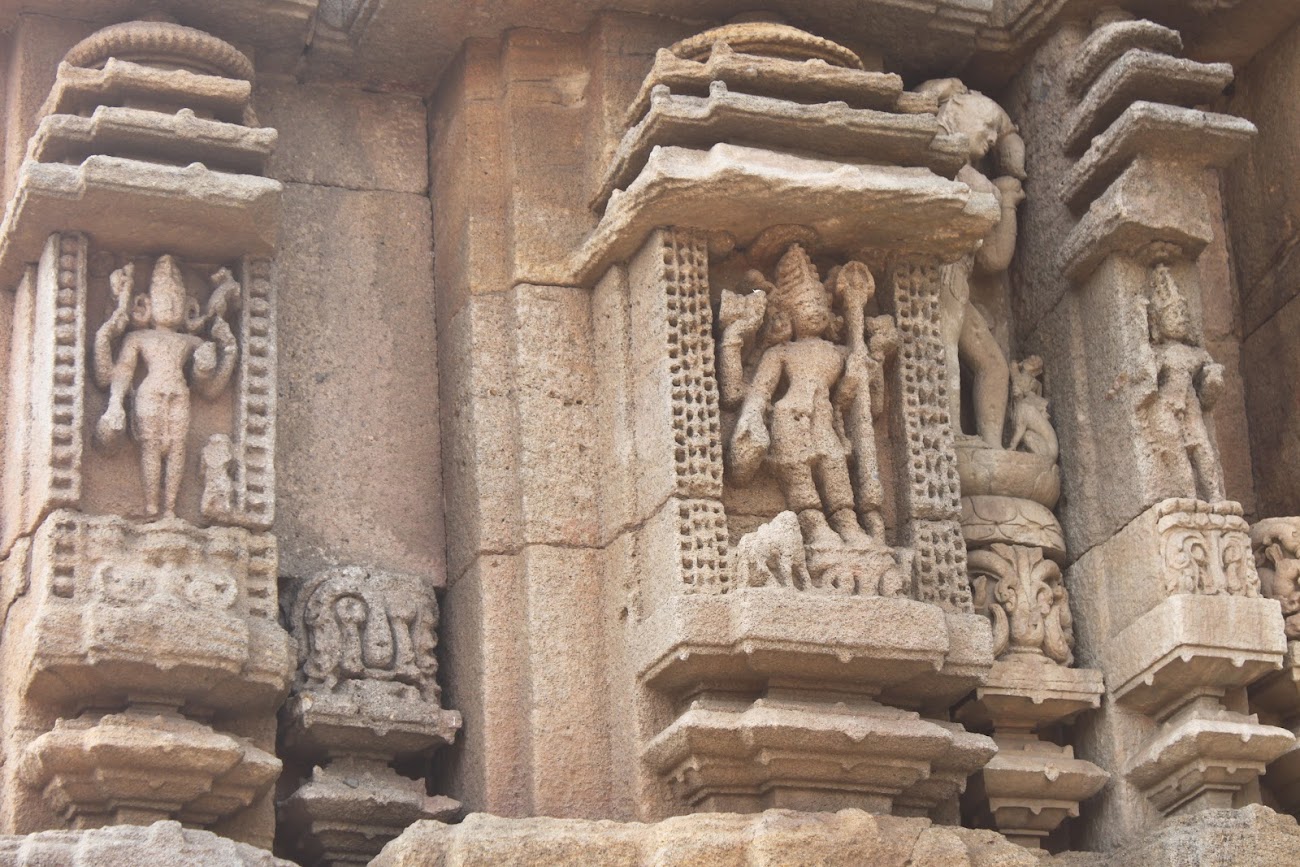 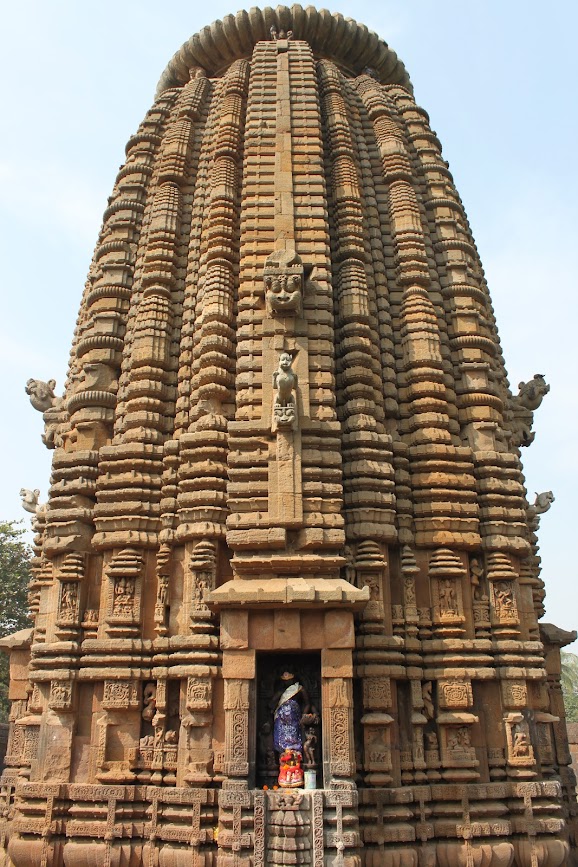 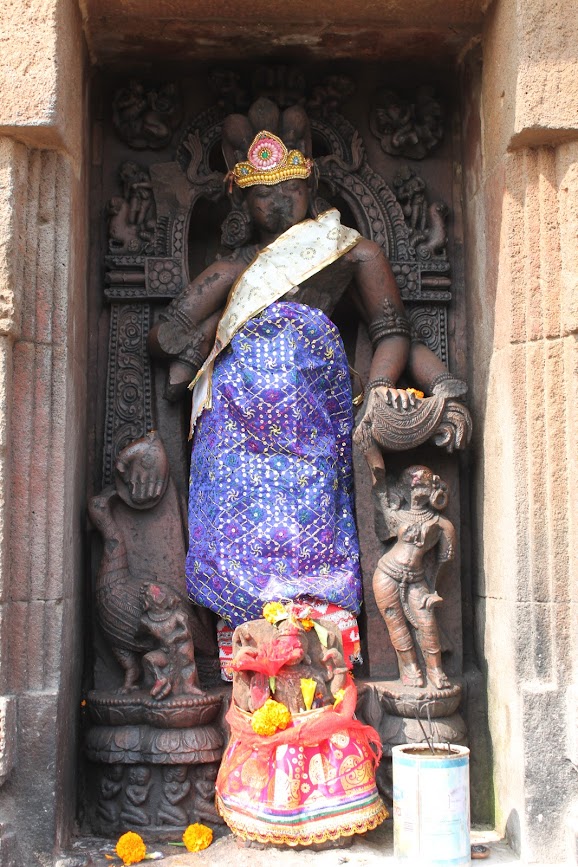 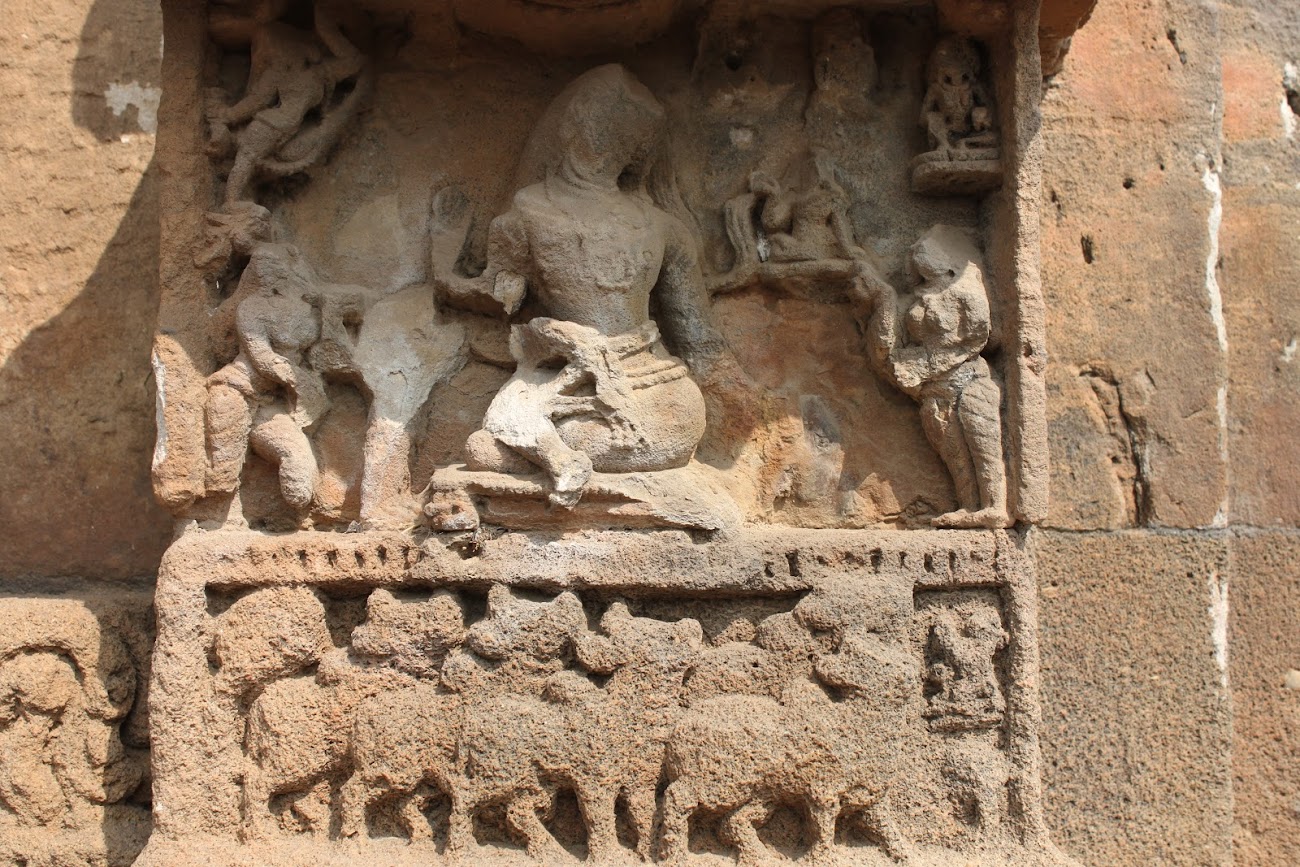 Jagamohana follows the navaratha plan of the deul. It is very simple in decoration except its pabhaga and entrance. Pabhaga is composed of five mouldings. Jangha is divided into two almost equal size storeys. Above it is placed baranda with a single moulding. Above it rises twelve tier pidha-roof. Entrance to the jagamohana is decorated with naga-nagi pillars similar to Rajarani temple. Doorways is carved with three bands, with Gaja-lakshmi at the center of its lintel. Above the lintel are placed nava-grhas, each is a sperate niche. Sanctum doorway is built with four bands. Dvarpalas, Nandi and Mahakala, are with four hands and accompanied with river goddesses. 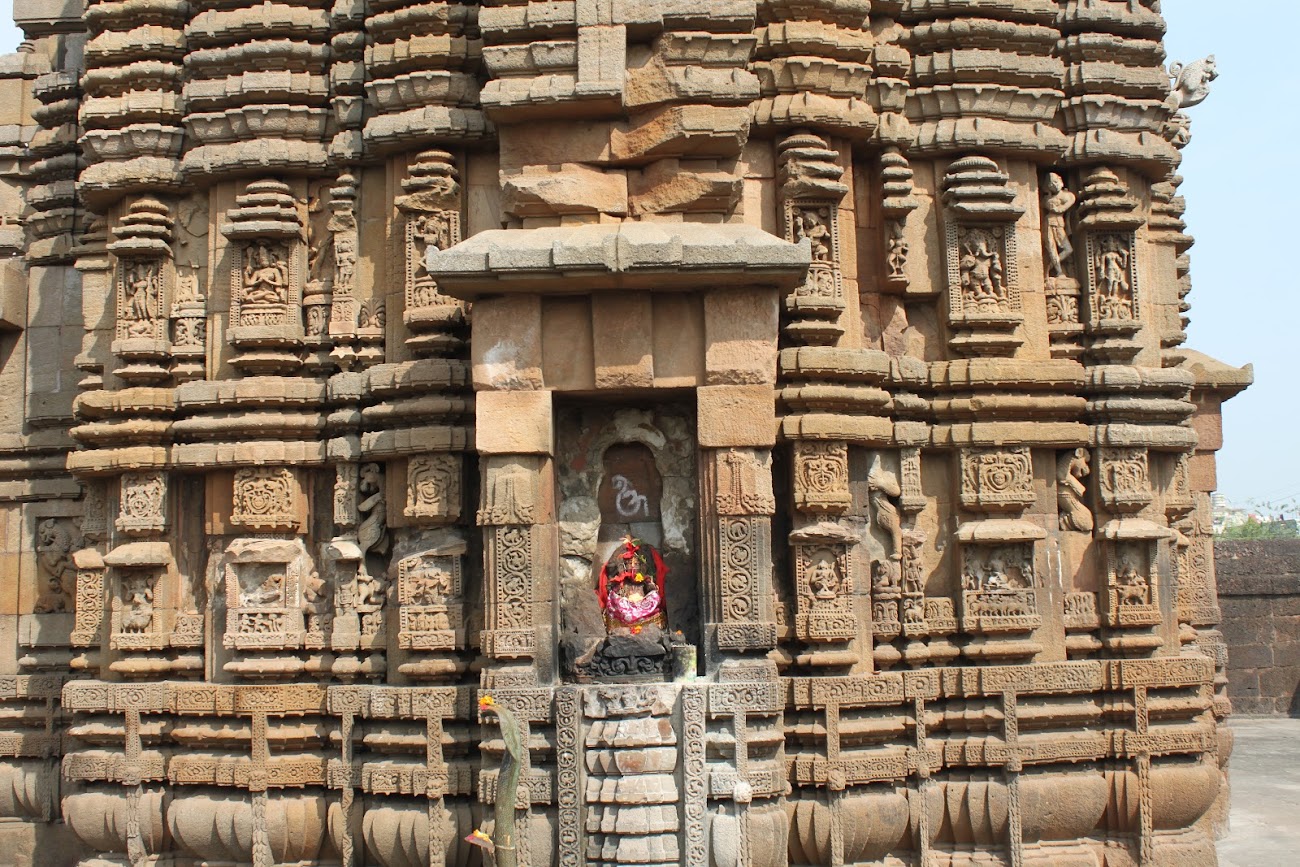 After the invocatory verse to Shiva, the inscriptions invokes protection from Chandra (moon). The genealogy starts from sage Gautama (Akshapada) in whose family was born Dvaradeva. From him came Muladeva and from him Ahirama. Among many children of Ahirama, his one son was Svapnesvara and daughter names Suramadevi. Then comes eulogy of king of the lunar race named Chodaganga. His son was Rajaraja who married Suramadevi. His younger brother Aniyakabhima sat on the throne during the old age of the elder brother. Aniyakabhima is rereferred as Trikalingapati. Rajaraja’s brother Svapnesvaradeva is referred as the general of the Ganga army. His prashasti follows in verses 22-32. Svapnesvara founded the magnificent temple of the god Meghesvara (lord of clouds) and gave a number of female attendants to the god, laid out a garden near the temple and a tank. He also provided tanks on roads and towns, lights in temples, cloisters for study of Vedas and to pious brahmans he gave a brahmanapura superintended by a Saiva teacher Vishnu. The same teacher also consecrated the Meghesvara Temple. By Vishnu’s order this prashasti was composed by poet Udayana, written on stone by Chandradhavala, the son of Dishidhvala and engraved by sutradhara Sivakara.